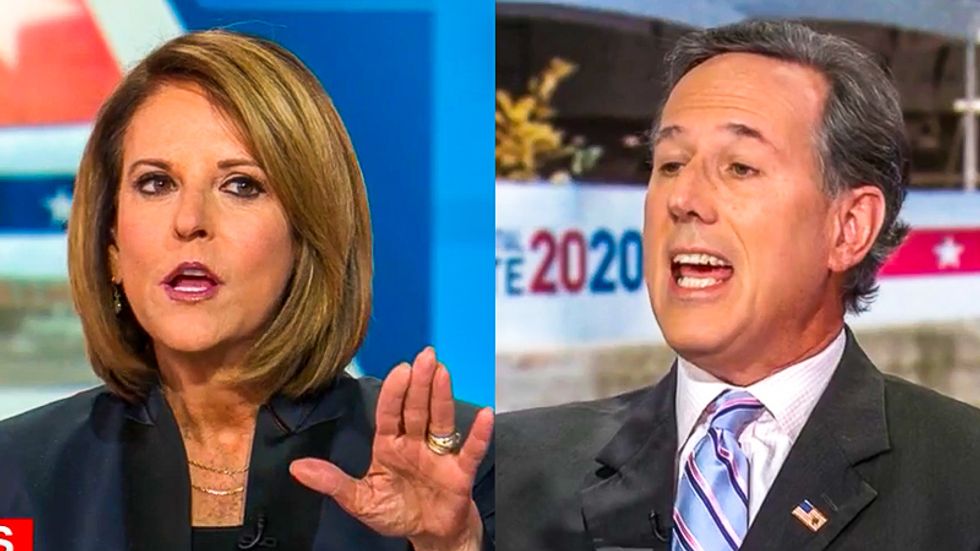 But before Borger could make her point, Santorum interrupted.

"Don't make the claim that he interrupted repeatedly!" Santorum shouted.

"He interrupted the moderator and her," CNN host Anderson Cooper agreed.

"Not any more than you would see in any other debate!" Santorum complained.