WATCH: 'Stunningly ignorant' Trump supporters get tricked into thanking Satan for the president 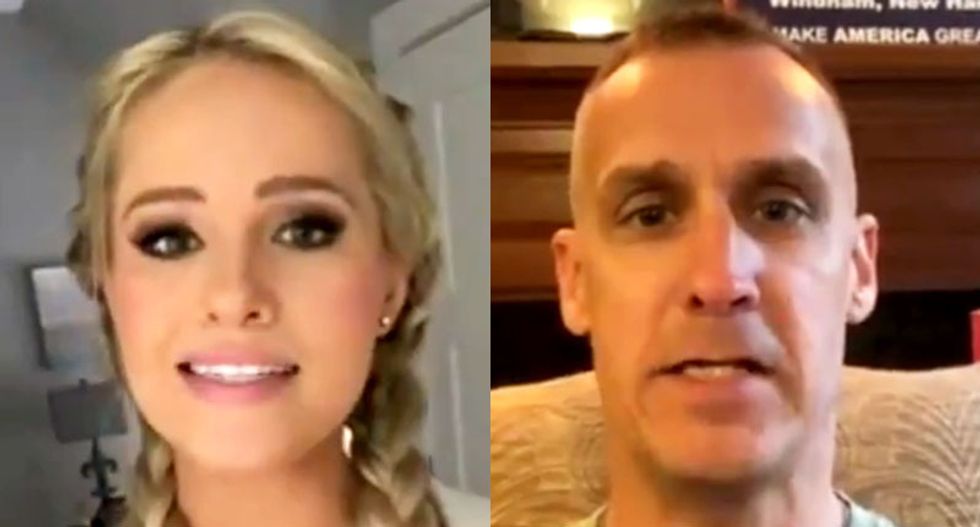 Lewandowski, Lahren, Gorka, and Arpaio were led to believe they were thanking someone named "Ebliz" for supporting Trump, but they were mistaken.

“I spelled it ‘Ebliz’ and laid out the pronunciation as ‘ibb-lease.’ But [I] figured mentioning that Iblis is Arab should have been a cue to vet the request with someone who knows Arabic," Abedi said.

Iblis is a figure in the Quran that means "Satan."

Speaking with HuffPost, Abedi said that he had paid Lewandowski and Lahren both $80 to record the message, and Arpaio $30. Gorka’s fee had been $45, but since Gorka ended up recording the message after the deadline, Abedi ended up paying nothing. He'd originally had Trump confidant and convicted felon Roger Stone on the prank list, but Stone “never took the bait despite multiple attempts.”

“They’re grifters who are stunningly ignorant and have no curiosity,” Abed said. “I left clues for them. I told them that Iblis was Arab American. If they had a sense of the world beyond MAGA, they’d research what Iblis means in an Arab context. I guess they’re true adherents to capitalism, placing money ahead of their own dignity.”

MAGA-heads giving Iblis a shoutout for supporting Trump. What they don't realize is that Iblis = Satan in Arabic 🤣… https://t.co/h9UMswuk9Q
— Ali-Asghar Abedi (@Ali-Asghar Abedi)1603847449.0