Waymo opens robo-taxi service to the public in Phoenix 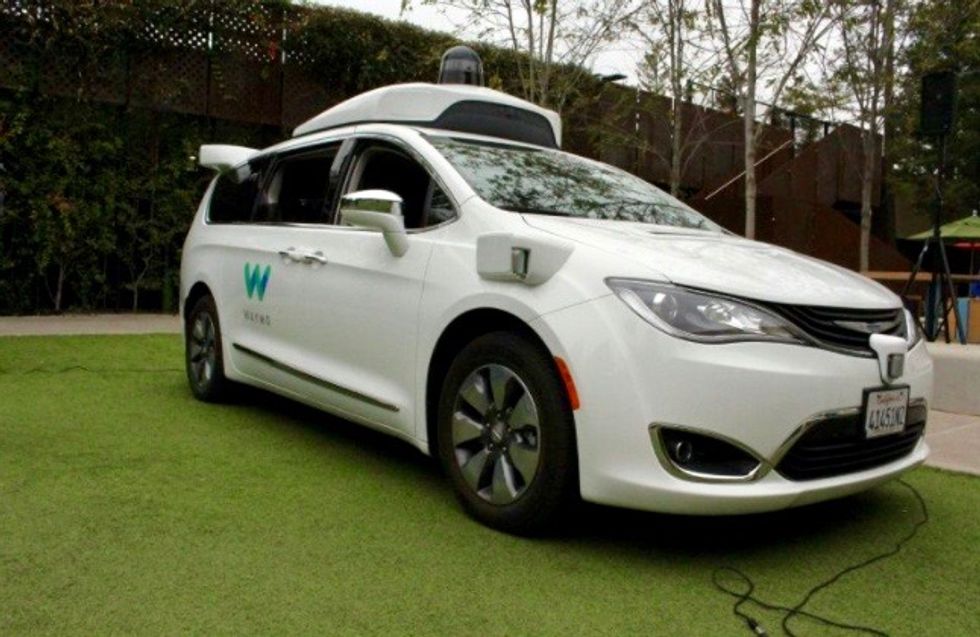 A Waymo self-driving car pulls into a parking lot at the Google-owned company's headquarters in Mountain View, California, in May 2019 (AFP)

Waymo, the autonomous car unit of Google-parent Alphabet, opened its robo-taxi project to the general public in the US city of Phoenix on Thursday, becoming the first widely available driverless ride service.

Now that the project has shifted out of its test phase, anyone signed up through the Waymo One smartphone app can summon autonomous vehicles to travel throughout the Arizona city's metro area, chief executive John Krafcik said.

"Members of the public service can now take friends and family along on their rides and share their experience with the world," he added.

"We'll start with those who are already a part of Waymo One and, over the next several weeks, welcome more people directly into the service through our app."

The Waymo One app is available on the Apple App Store and Google Play.

Between five and 10 percent of rides through its service so far in 2020 have been taken in fully driverless vehicles by an exclusive group of riders who signed non-disclosure agreements.

"We expect our new fully driverless service to be very popular, and we're thankful to our riders for their patience as we ramp up availability to serve demand," Krafcik said.

Waymo plans to bolster the ride service fleet with vehicles that use self-driving technology but also have safety operators behind the wheel.

Waymo early this year raised $2.25 billion in its first external funding round to accelerate its deployment of autonomous cars and trucks.

Born in a Google lab devoted to big-vision new technology, Waymo became a subsidiary of Alphabet in 2016 -- and has been one of the tech giant's "other bets" that have been losing money in recent years.

At the start of this year, Waymo expanded testing to more regions of the United States to explore "new transportation solutions."

Waymo Chrysler Pacifica minivans and long-haul trucks took to roads in the US states of Texas and New Mexico, building on the project in Arizona, according to the company.