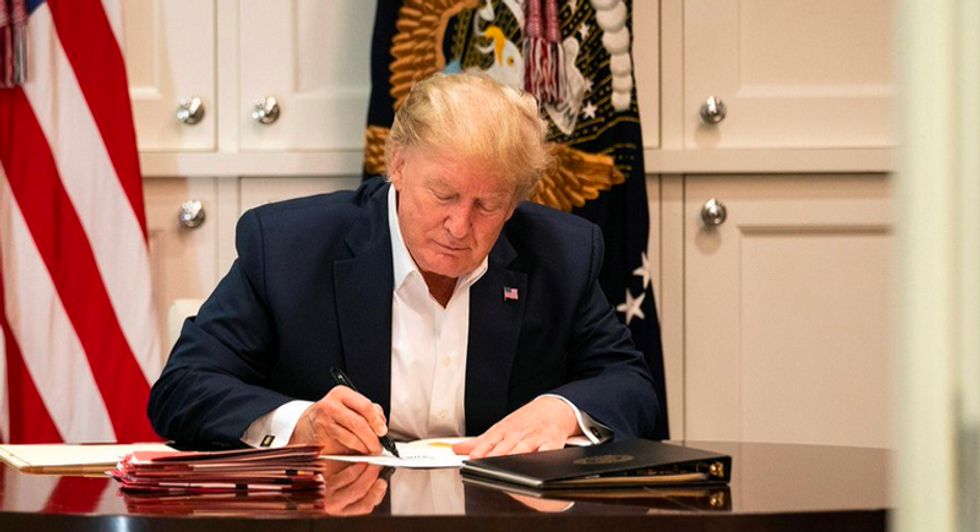 Appearing on CNN's "Inside Politics," presidential historian Douglas Brinkley said the White House is hiding details about Donald Trump's health issues and lying about his condition, adding: "We are being gaslit."

Speaking with CNN host John King, Brinkley said the handling of Trump's bout with COVID-19 has been a "debacle" for the White House.

"The lack of transparency about the specifics." host King prompted. "What was the president's fever? How long and for what did the president need oxygen? Is that common or is this unusual?"

"It's unusual for this modern era," Brinkley replied. "In the past presidents would always try to conceal their illnesses, whether it was Eisenhower or Wilson. This one -- we're being gas-lit. The whole world is leaning forward trying to know what's going on now and we can't get any clear information."

"So it's a debacle," he added. "And it's good that President Trump's able to tweet images of himself that are a bit reassuring, but I think full transparency would be the friend of the president and it would be beneficial to the United States and the people of the world."