'Where are the surrogates?' Fox News corners White House aide on GOP lawmakers refusing to campaign for Trump 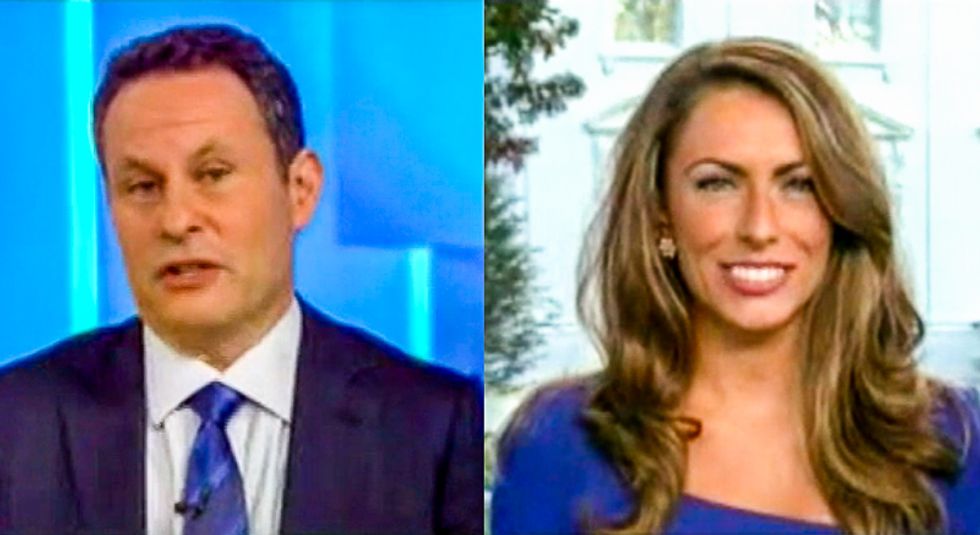 "But are you worried when you look at these polls?" she asked.

"Honestly, we don't take much stock," Farah scoffed. "We feel the energy. I've travelled all over the country with the president. You see people waving signs for miles. You see 10,000 people waiting to get a glimpse of him."

Co-host Brian Kilmeade seemed confused by the lack of campaign surrogates who back Trump.

"Here's the thing I don't understand," Kilmeade said. "He still has 85% support among Republicans, maybe higher. And now you have almost all these governors outside of Gov. [Larry] Hogan that are big supporters of his from [Doug Ducey] to former Gov. [Rick Scott]."

Farah deflected the question by noting that the president's family is holding events to benefit his campaign.

"Something we're also proud of is we've got all of the president's children deployed into the states, talking about his record, the policies he's enacted for the American people," Farah said. "So, there are vocal supporters of his out there in the states making his case."

"Right," Kilmeade agreed. "But he's going to have to adopt quite a few kids with 50 states and so many in play. I just don't know if there's any help planned."

"We've got help on the way," Farah promised. "We've got a lot of folks really eager to make his case to the American public."