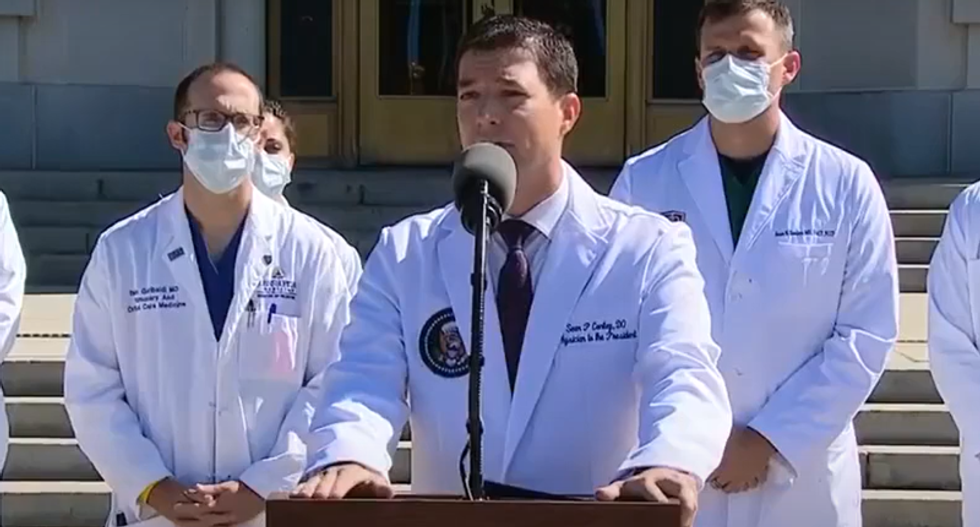 "This morning while summarizing the President's health, I incorrectly used the term 'seventy-two hours' instead of 'day three' and 'forty eight hours' instead of 'day two' with regards to his diagnosis and the administration of the polyclonal antibody therapy," Conley wrote in his statement. "The President was first diagnosed with COVID-19 on the evening of Thursday, October 1st and had received Regeron's antibody cocktail on Friday, October 2nd."

As reported Saturday afternoon via Raw Story: "There appears to be a general state of confusion between the mixed messages coming from the White House on President Donald J. Trump’s health compared to the office of his personal physician, Dr. Sean Conley. The White House continues to issue statements regarding Trump’s 'very concerning' vitals, while Conley’s team claims everything is coming up roses for the seemingly sickly president."