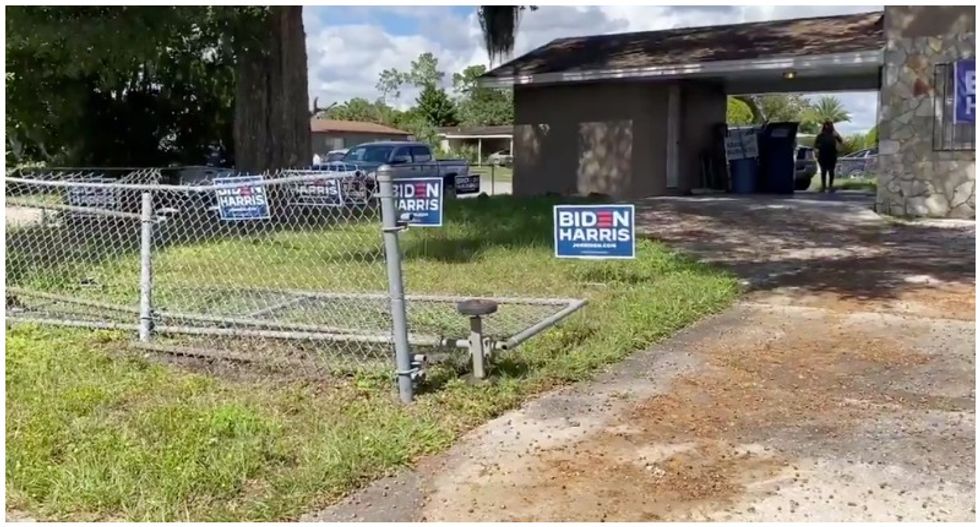 “This man came onto my property, took the two Joe Biden signs I had in my yard and then came back with a bulldozer to run down my fence,” said homeowner Adam Burgess.

The man, 26-year-old James Blight, was charged with grand theft auto and trespassing.

“Why bring that to our neighborhood,” asked Burgess. “This is a predominantly Black neighborhood and you’re coming over here with that? That’s not right.”

According to Cornelius Marion, Blight "stopped traffic and cussed everybody out."

Burgess, who is a former vice mayor of Haines City, said the charges against Blight were not enough.

“This was a hate crime.”