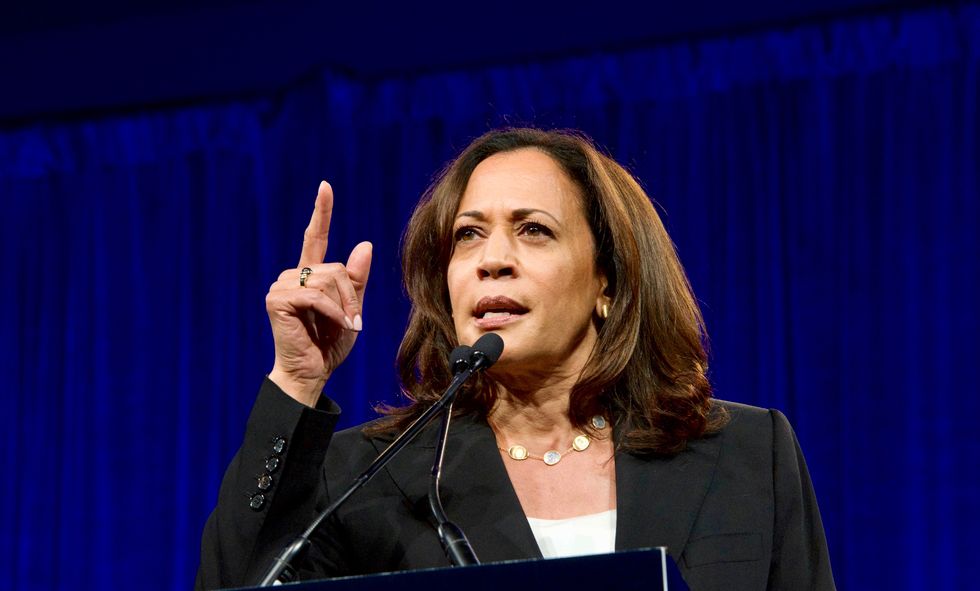 Such matters of life or death could not weigh heavier in the upcoming presidential election, which features the oldest candidates of all time — President Donald Trump is 74 and his opponent, Joe Biden, is 77.

And Trump, as we all know, was hospitalised in recent days after contracting COVID-19 — and, according to his doctor, is still not “out of the woods” when it comes to making a full recovery.

With the health of Trump (and Biden, who has so far tested negative for COVID) at the forefront, it’s even more vital for Americans and the world to learn more about Vice President Mike Pence and his fellow vice presidential candidate, Senator Kamala Harris, as they meet in their only debate this week (Thursday AEDT).

A vice president becoming president outside of an election is by no means a remote possibility. It has happened nine times in US history and includes some of America’s most well-known presidents – Lyndon Johnson, Harry Truman and Theodore Roosevelt.

One of the chief reasons these former vice presidents are so well-known is that, on taking office, they diverged in key areas from the presidents they served under, from Johnson’s doubling down on the US presence in Vietnam to Truman’s more confrontational approach to the Soviet Union.

In the case of Andrew Johnson, who became president after the assassination of Abraham Lincoln in 1865, the divergence was essentially a reversal: the Southern-born Johnson largely sought to obstruct Reconstruction efforts following the end of the Civil War.

Who is Kamala Harris, Joe Biden's pick for vice president?

Most vice presidents, however, serve their presidents faithfully until it’s their turn to run for the higher office. In modern times, they are often given considerable responsibilities, too.

Dick Cheney came to the office with much more experience in Washington than his running mate, George W. Bush, and assumed more duties than most — if not all — vice presidents in modern history, particularly with the administration’s “War on Terror” after the September 11 attacks.

Biden, who also came into office with more Washington experience than his running mate, Barack Obama, was entrusted with specific responsibilities, such as overseeing the US troop withdrawal from Iraq and securing votes in Congress for key legislation like the Affordable Care Act (Obamacare).

Why the vice president debate matters

This week’s debate will be a rare opportunity for Pence and Harris to show the nation who they are without Trump and Biden in the room — and, potentially, how they differ from their running mates.

Harris is already familiar to some Democrats, having participated in nearly half a dozen debates as a presidential candidate herself last year in the lead-up to the Democratic primaries.

Many will be watching to see just how much daylight she allows between herself and Biden. Though Harris and Biden are allies now, she fiercely criticised him in the Democratic debates for his close relationships with pro-segregationist US senators and his stance on the bussing of Black students to white schools in the 1970s.

Pence, meanwhile, will likely stick closely to the Trump campaign script, despite the fact he has diverged with Trump on many issues in the past.

Before the two were running mates in 2016, for example, Pence called Trump’s pledge to ban Muslim immigration to America “offensive and unconstitutional”. And while Trump railed against illegal immigration, Pence

These days, however, Pence is very much a Trump loyalist and fully supportive of the administration’s agenda – even when talking off the record with journalists. He will no doubt offer a full-throated defence to any attacks Harris makes against the president or their administration’s policies in the debate.

Pence’s role in the Trump administration has less to do with a specific portfolio and is more tied to his personality.

The first US presidential debate was pure chaos. Here's what our experts thought

The public spat in the White House between the president and Democratic lawmakers in 2018 perhaps most clearly illustrated the differences between Pence and Trump. While Trump and the Democrats tried to score points against one another, Pence sat silent and almost motionless, giving the president the limelight.

But Pence’s differences with Trump go beyond just demeanour.

While Trump has had a troubled history with women that includes at least 18 allegations of sexual misconduct, Pence refuses to meet alone with women other than his wife of 35 years.

And while Trump has mastered the art of insulting political opponents, Pence pledged not to engage in negative campaigning after an election loss in 1990.

Pence is clearly a politician from an earlier era, but it works for the Trump administration.

He has been deployed when the administration has needed careful and deliberate nuance on everything from clarifying its policy toward China to reassuring concerned allies after Trump’s surprise election win.

Pence and Harris will likely be significantly more disciplined and restrained in this week’s debate than Trump and Biden were in theirs — a spectacle that featured countless interruptions and personal attacks.

Neither Pence nor Harris will likely diverge too far from their running mates on key issues, either, regardless of their personal views.

It’s not hard to understand why they would be so supportive of candidates they have explicitly criticised in the past — both are likely favourites to be their respective party’s nominees for president in 2024. This week’s debate offers a short preview of what might be to come.