Widespread shock after Trump removes mask before entering White House: 'What in the hell is going on?' 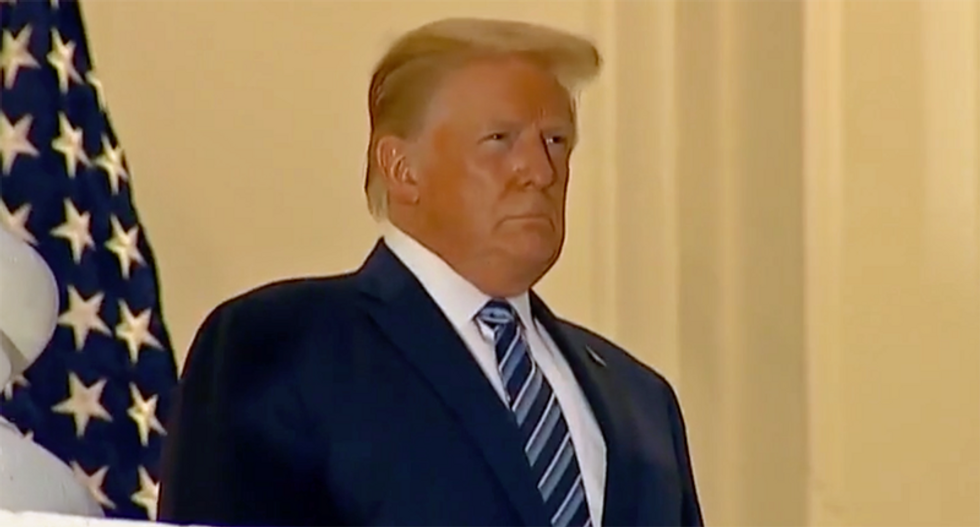 During a planned photo-op at the White House, President Donald J. Trump walked up one flight of stairs and subsequently removed his mask - endangering nearby staff, reporters and Secret Service members. The world was watching and the ultimate showman played it up - the way he has his entire life. Except something was different this time: the high-profile COVID-19 positive patient was visibly gasping for air.

"President Trump is not setting a good example at how to respond in this pandemic," Senator Chris Coons (D-DE) told CNN's Erin Bernett on Outfront Monday night.

Now, the reactions pour in.

President Trump "immediately ignited a new controversy by declaring that despite his illness the nation should not… https://t.co/iP9Tuo0JLc
— David Gura (@David Gura) 1601940994.0