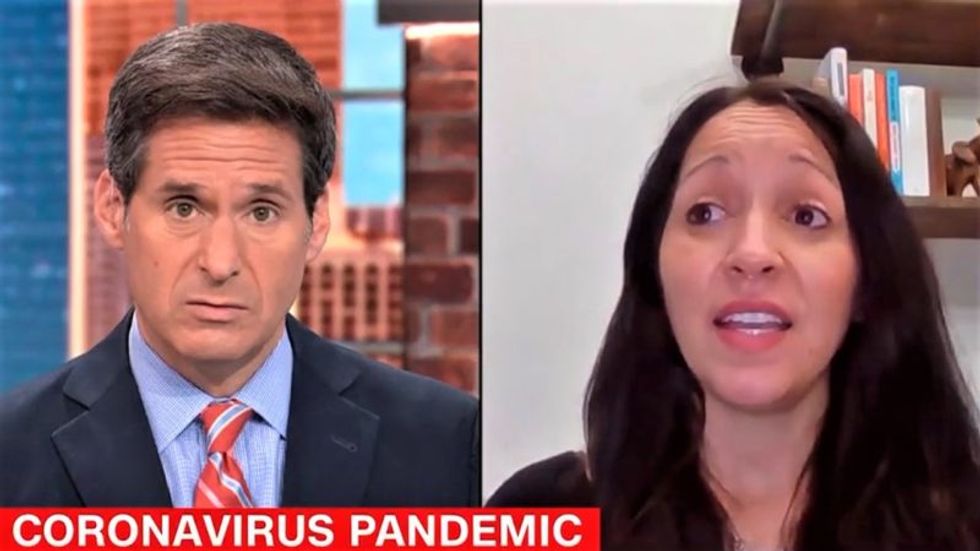 A woman who lost her mother to the novel coronavirus tore into President Donald Trump during a tearful CNN interview on Tuesday.

In an interview with host John Berman, Fiana Tulip explained how she lost her mother, Isabel Tulip, to COVID this past July after she contracted the disease while working as a respiratory therapist.

Before she died, Tulip's mother told her that she thought she may have gotten the disease from a woman who came into the hospital where she worked and refused to wear a face mask because President Donald Trump didn't support wearing them.

"She told me a story of a woman visiting her dad and she refused to wear a mask because her president didn't wear one," she said. "That's what she said when my mom asked her to put on a mask, after that many patients and many health care workers got sick. My mom started feeling symptoms on a Saturday and she died just one week later."

Berman then asked her what she made of the president's decision to triumphantly stand on the White House balcony on Monday night.

"It was the cruelest visual yet," she said. "Yesterday's tweet was the cruelest tweet yet. And I truly do wonder how many people he killed with his actions yesterday. He's been rejecting science for the past eight months, he hasn't been putting policies in place to protect anyone."