'You won't leave the White House': Fox Business host confronts Trump over threat not to concede 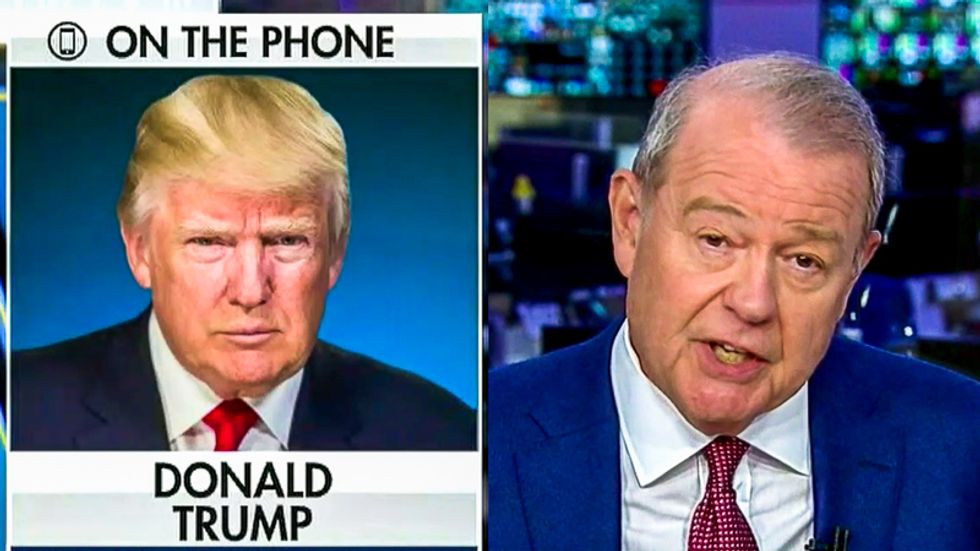 President Donald Trump on Thursday suggested that he might not allow a "friendly transition" of power if he loses the election in November.

"Under what circumstances would you concede?" Fox Business host Stuart Varney asked the president during a telephone interview.

"All I want is a fair election," Trump said.

"You're implying if you don't think it's fair, you won't leave the White House," Varney pointed out, "which means you won't concede."

"I'm not saying anything!" Trump replied. "I'm saying this. I think everybody says it. You have to have a fair election. Look at these ballots that are being -- tens of thousands of ballots are already fraudulent. I want to see a fair election. That's all I'm asking for is a fair election."

"But you know when they talk about a friendly transition, they spied on my campaign," he added.

"No, it doesn't mean anything," Trump said. "Except it means people broke the law, people spied on my campaign and they act so innocent. Like it never happened. 'Oh, gee, we didn't do that.' But then they did it. And we have all the evidence. We have so much evidence."

"Nobody minded when they interfered with my election," the president complained. "So it's a very interesting period of time. I think we're doing really well. We're doing well in states that I'm not even sure people know it."