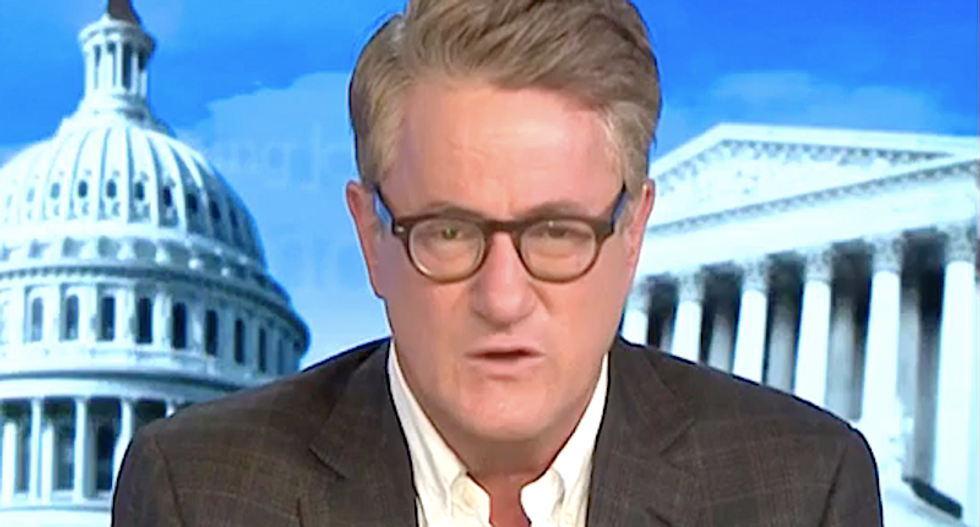 The "Morning Joe" host sees bad news all over the electoral map for the president and Senate Republicans, with once-solidly red states suddenly in play for Joe Biden and the Democrats.

"They feel like in the end they'll win Florida, but a bad debate performance and the COVID diagnosis caused problems there," Scarborough said. "Then you go to Texas, that's leaning Republican right now. Trump should be ahead by seven, eight, nine points, but even that they have to worry about Texas right now, and then you go out to Arizona, and I'm sure you saw a spate of articles this weekend that showed that not only is the president having trouble in Arizona, but the entire Republican apparatus is going up in smoke because you have had a president trash John McCain, an Arizona hero, for decades."

"A president who has been trashing John McCain through the years, and a senator in Martha McSally that remained quiet until recently about that," he continued. "You have a state party run by right-wing extremists that, again, this is not hard. If you play for the 30 percent, you're gonna get -- help me here, Republicans in Arizona, help me here, not hard. You're going to get to 30 percent. You're going to lose."

The president's obsessive focus on his base at the expense of everyone else is going to cost him and his GOP allies, Scarborough said.

"Politics is a game of addition," he said. "Donald Trump has been playing a game of subtraction since his 'American carnage' inaugural speech. I can't believe it, because, you know, I don't know if you know this or not, but I was once a member of Congress myself. You would think that these Republicans would not be so stupid to follow him off the cliff the way they have followed him off the cliff for the last four years and now they're paying for it. Not just at the presidential level, but it looks like in states like Arizona they could pay for it up and down the ticket."