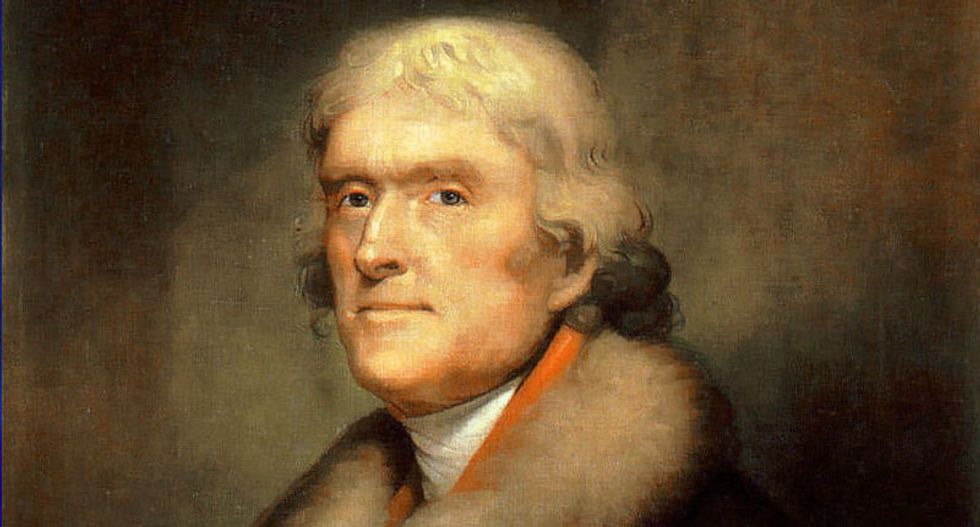 It’s beyond dispute: Donald Trump won’t go down in history as a model of civility. Examples of his bad manners abound. When he gave his first inaugural speech, the president craftily avoided any nod to his defeated opponent, Hillary Clinton, or to the other half of the electorate.

Then he started embarrassing foreign leaders during official trips. “Time after time, diplomatic niceties fell by the wayside as the president contradicted and undermined his hosts,” the Associated Press reported in mid-2019.

Most likely, he will not congratulate President-elect Joe Biden – or he will do it, eventually, but begrudgingly. It’s also possible that he will not attend the inaugural ceremony in January.

Trump is not alone in his transgressions of civility. In reality, the shredding of etiquette by politicians and public officials, including presidents, has long been a feature of American politics. Ungraciousness is bipartisan: The public has not forgotten House Speaker Nancy Pelosi literally shredding, in full public view, the text of President Trump’s State of the Union speech. 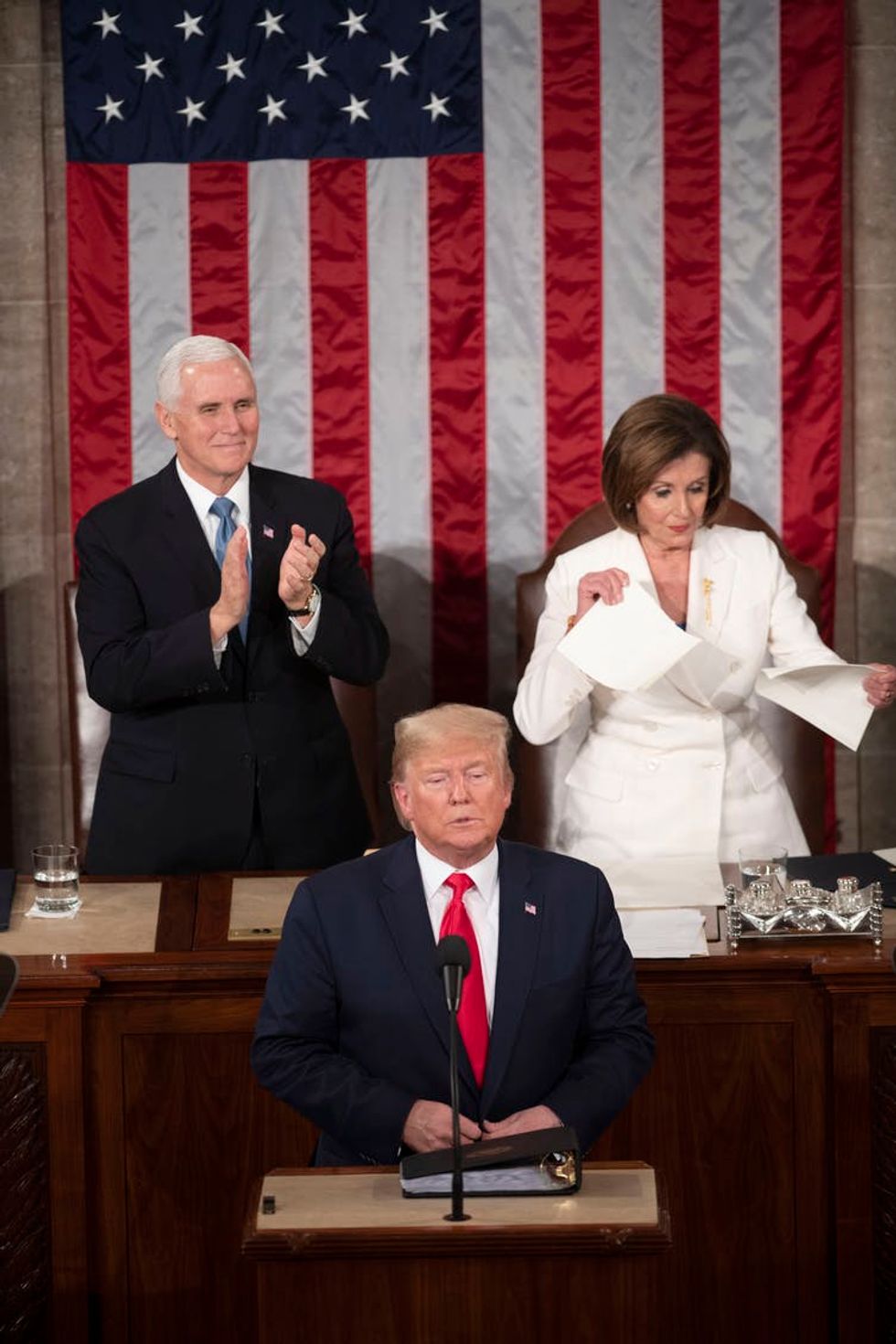 House Speaker Nancy Pelosi tears up what appeared to be a copy of President Donald Trump’s State of the Union speech on Feb. 4, 2020.

Ripping off the toupee

American politicians have long treated one another with disrespect. Trump shunning the president-elect may seem extreme today, but in 1801, at the presidential inauguration ceremony of Thomas Jefferson, the outgoing president, John Adams, was nowhere to be seen – he was not even invited. For his part, Adams had appointed to high office several anti-Jeffersonian men. And he had done that just before leaving office.

Jefferson, in turn, did not attend the funeral of George Washington on Dec. 18, 1799, and in 1829 John Quincy Adams – another one-term-only president, like his father – stayed clear of Andrew Jackson’s inauguration.

In the years before the Civil War, breaches in etiquette took a dramatic turn. On May 22, 1856, U.S. Rep. Preston Brooks of South Carolina, a Democrat, beat Republican Sen. Charles Sumner with a walking cane. The scene took place on the floor of the U.S. Senate. Brooks was “outraged” by an anti-slavery speech Sumner had given a few days earlier. He stopped short of killing his enemy only because the cane unexpectedly broke.

The floor of the U.S. House of Representatives held ominous scenes as well. On Feb. 6, 1858, at nearly 2 a.m., as members were discussing the admission of the Kansas Territory into the Union, South Carolina Democrat Laurence Keitt and Pennsylvania Republican Galusha Grow exchanged volleys of insults, arguing over whether Kansas would be a free or a slave state.

They switched to blows. More than 30 representatives jumped into the fight, leading to a brawl. The situation defused after Wisconsin Republicans John Potter and Cadwallader Washburn ripped the toupee from the head of William Barksdale, a Democrat from Mississippi.

No matter the occasional jeers and laughs; when political leaders treat each other with disrespect, the nation suffers.

Civility is neither frivolous nor a matter of private behavior only. As economist Friedrich Hayek said, civility is a “method of collaboration which requires agreement only on means and not on ends.” The lack of civility, obviously, decreases the chances of finding solutions to urgent common problems.

At a rally in 2015, then-candidate Donald Trump mocked a reporter with a disability.

The founders, perhaps better than any other generation, were acutely aware of the political risk of incivility. Washington, Adams, Jefferson and the others knew history by heart. They looked back at the tyrants and all the reckless commanders of the past, like Attila or Caligula. They knew that brash leaders such as these could, in the words of Thomas Jefferson, burst asunder “all the ligaments of duty & affection.”

And they looked forward, with anxiety, to the moment when a new barbarism would come back in full swing. Ominous signs were already looming. On May 30, 1806, Andrew Jackson killed Charles Dickinson, an attorney who had accused him, of all things, of cheating on a horse race bet. This event did not put a stop to Jackson’s career. He was a brawler and a committed duelist. He snapped easily and showed no respect for his opponents. But “Old Hickory,” as he was known, kept gaining national notoriety.

President Jackson is Trump’s favorite leader – although the two have very little in common. Just like Trump, however, Jackson represents a straightforward, low-brow style of unapologetic and ungraceful leadership. Jackson bore exactly those personal attributes which left the founders aghast: “His passions are terrible,” Thomas Jefferson said about Jackson in a 1824 interview. 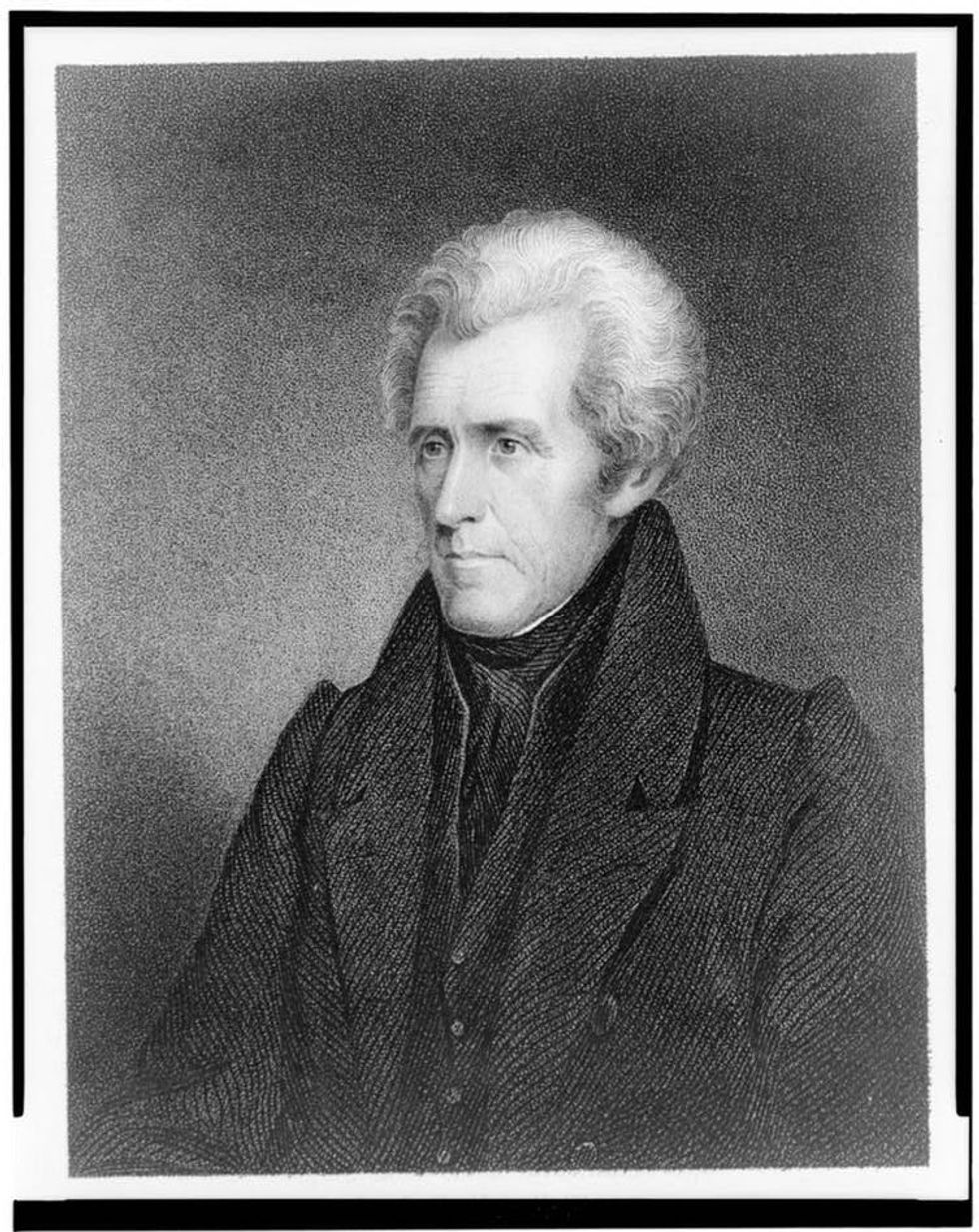 Engraving by J.B. Longacre/Library of Congress Prints and Photographs Division

The founders were passing through the short-lived age of refinement, politeness and civilization. From the 1750s to the early 1800s, American leaders set for themselves an ambitious goal. They wanted to trigger an anthropological revolution and promote a new type of individual – polite, civilized, kind and collaborative.

In this respect, history has proven the founders’ expectations misplaced. These men, slave owners though they were, valued civility as at once liberating for the subject, and as an effective strategy of survival for the community at large. But “the free cultivation of Letters,” as George Washington hoped, “the unbounded extension of Commerce, the progressive refinement of Manners, the growing liberality of sentiment,” did not come about.

Joe Biden, once president, will not reverse the course of history. He cannot restore an age of refinement and politeness. He is not the vaccine. But in the eyes of many, he can be at least an antidote against Trump’s lack of grace.