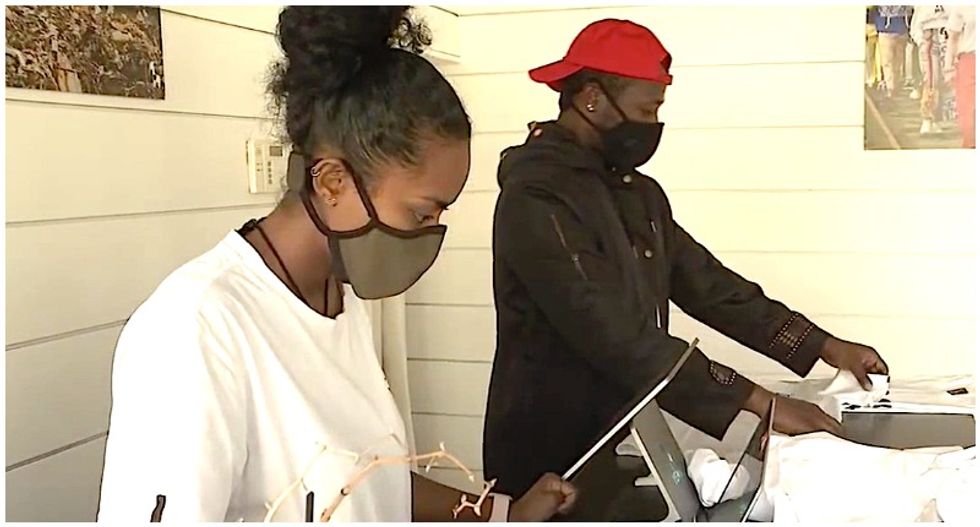 Police are investigating threats made against a California city's only Black-owned business after social media post said a "raid" would take place at the clothing store if Joe Biden was elected president.

The threat was issued in a now-deleted Instagram post and came after the store's owners accused Tiburon Police of racial profiling back in August, the Mercury News reports.

The store's owners, Yema Khalif and Hawi Awash, accused police officers back in August of profiling and harassing them. Cellphone video footage of the incident went viral on social media.

“We’ve lived in this community for 10 years, we are the only Black-owned store in Tiburon, and people know who we are,” Khalif told Fox 2 at the time. He also expressed frustration that “somebody who is white had to vouch for us” in order for the cops—who had the gall to suggest the couple “should be grateful” for what they considered to be clear racial profiling—to leave them alone.

According to The Root, the recent threat on social media was made by "an apparently enthusiastic Trump supporter willing to commit an act of domestic terrorism if their cult leader isn’t reelected."

Town Manager Greg Chanis said interim police Chief Jamie Scardina said they're aware of the post and will increase police patrol in the area. “Given the day today and everything else going on, we will take it as a serious threat. We will react accordingly,” Chanis said.