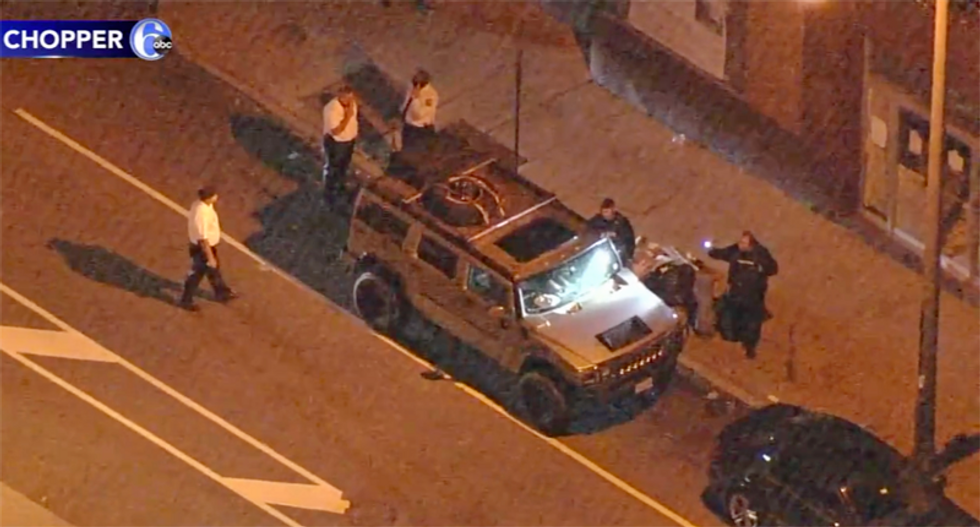 Police increased their presence at the Philadelphia Convention Center after receiving a tip about a terrorism attack.

A man was taken into custody and a gun was reportedly recovered from the scene.

Robert Moran, a reporter for the Philadelphia Inquirer posted a photo taken by photographer Jessica Griffin showing a decal on the Hummer supporting the right-wing QAnon conspiracy theory.

As President Donald Trump has noted, members of the collective delusion are highly supportive of his campaign. Trump has been losing the ballots left to be counted in Philadelphia by more than a ten to one margin.

Another pic from my colleague @PhillyInquirer photographer @jessicagriffin of QAnon hat on dashboard of Hummer: https://t.co/urlu4tUrV1
— Robert Moran (@Robert Moran) 1604644761.0