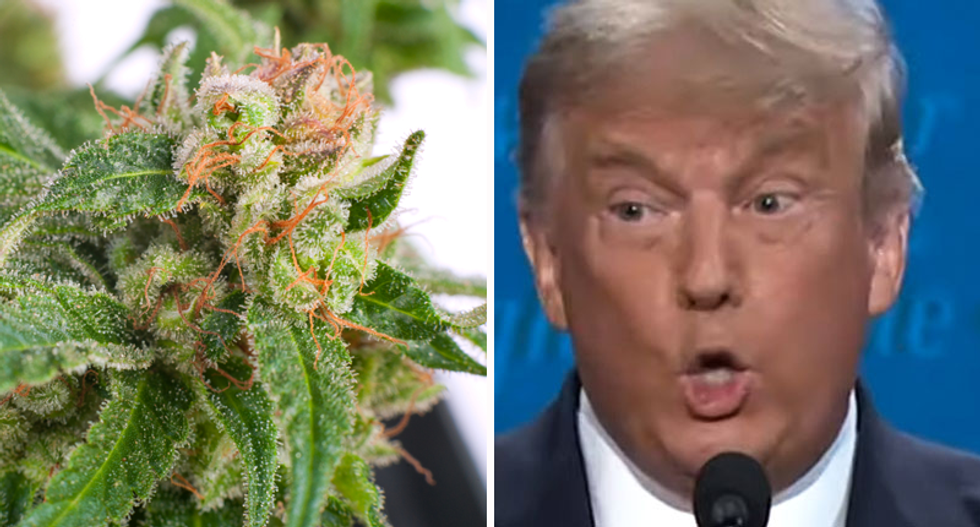 Composite image of close-up of a marijuana bud (shutterstock) and Donald Trump (screengrab).

An attempt by a marijuana dispensary of running a Donald Trump promotion backfired spectacularly on the business, The Washington Post reported Tuesday.

"Dr. Z Leaf, a medical cannabis franchise here owned by optometrist Robert Zoellner, offered an Election Day promotion that has bombed among many Tulsans and scared employees. The promotion, circulated widely on social media, promised discounts to customers who came to the dispensary wearing Make American Great Again or other Trump gear," the newspaper reported.

Employees said not a single Trump supporter showed up for the promotion.

“In fact, we’ve gotten more complaints about it than anything,” one staff member said.

“A lot of us suffer from high anxiety,” one employee said. “That’s why we smoke marijuana. This is a situation that makes it worse for us.”

“This is very conflicting for hippies like us," another staff member agreed.