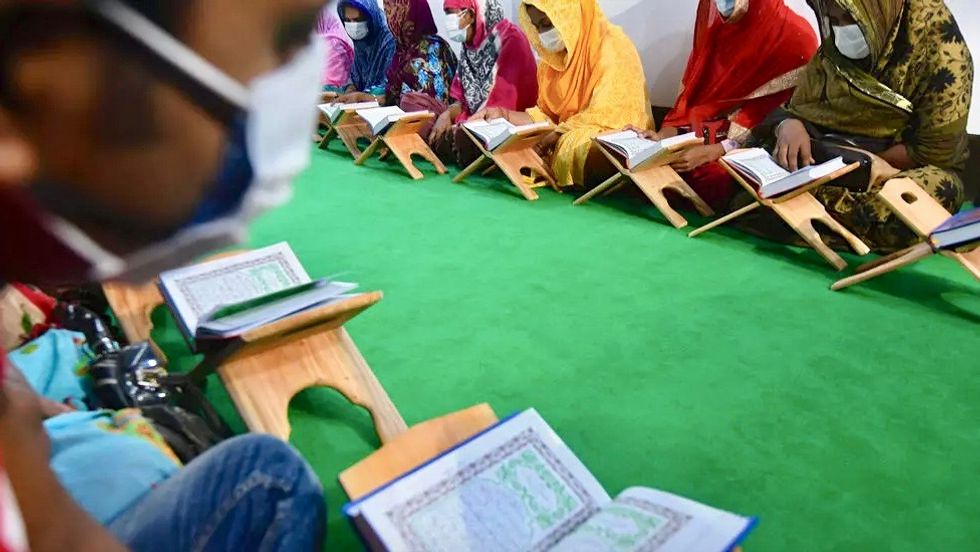 Bangladesh opened its first Islamic school for transgender Muslims on Friday with clerics calling it a first step towards integrating the discriminated minority into society.

The madrasa is one of a series of recent moves in Bangladesh to make life easier for the Muslim-majority nation's up to 1.5 million transgender people.

The LGBT community faces widespread discrimination in the South Asian country, with a colonial-era law still in place that punishes gay sex by prison terms, though enforcement is rare.

But about 50 transgender students read Koranic verses to mark the opening of the Dawatul Islam Tritio Linger Madrasa, or Islamic Third Gender School, on the outskirts of the capital Friday.

"I am ecstatic," Shakila Akhter, a 33-year-old student, told AFP.

"We are grateful to the clerics for this beautiful move."

Akhter was born a girl and had always wanted to become a doctor or lawyer, but those ambitions were thwarted when she left home while still a child to join a transgender commune.

"We are Muslims, yet we can't go to a mosque," Akhter said. "We can't even mix with other members of society."

A group of clerics led by Abdur Rahman Azad transformed the top floor of a three-story building into the school with funding from a local charity.

Azad's team already offers Koranic lessons to seven transgender groups in Dhaka and said the madrasa grew out of the need for a permanent base for the community.

Up to 150 students -- nearly all adults -- will get lessons similar to those in a traditional madrasa, where the Koran is taught along with Islamic philosophy, Bengali, English, maths and social sciences.

Azad said transgender people, known as Hijras in Bangladesh, have suffered too much.

"For too long they have been living a miserable life. They can't go to schools, madrasas or mosques. They have been victims of discrimination. We, society and the state are to blame for this," he said.

"We want to end this discrimination. Allah does not discriminate between people. Islam treats everyone as a human being. Hijras should enjoy all rights like any other human being."

In 2015 Islamist extremists hacked to death a leading gay activist and editor of an LGBT magazine, while other prominent homosexuals have since fled the country.

But steps forward have been made for the community. Bangladeshi Prime Minister Sheikh Hasina's government has since 2013 allowed trans to be identified as a separate gender.

Last year they were allowed to register to vote as a third gender, and their numbers will be counted in a census to be carried out next year across the country of 168 million.