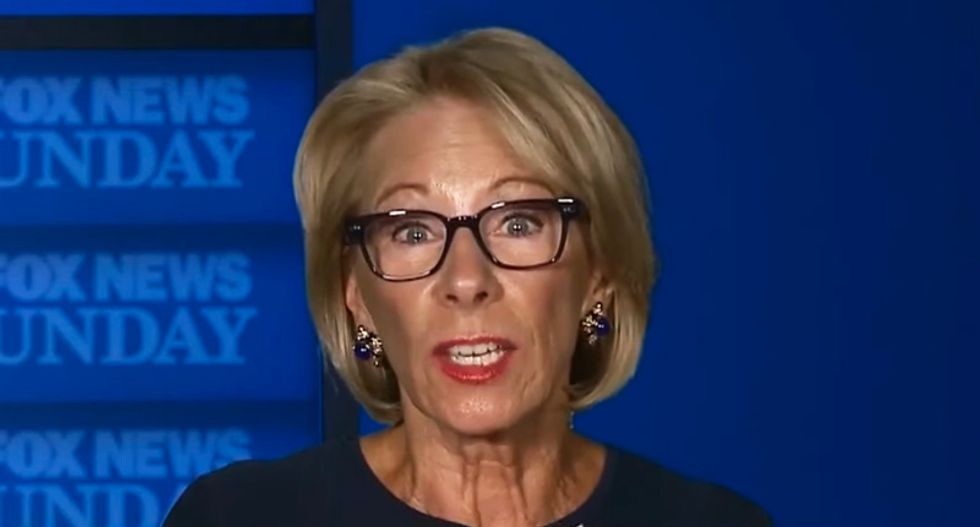 Yet another scandal involving a Trump cabinet secretary was reported on Election Day.

"Education Secretary Betsy DeVos’ security detail has cost taxpayers more than $24 million over the past four years and is projected to cost another $3 million through mid-February, a spokesperson for the U.S. Marshals Service told POLITICO on Tuesday. That level of security detail is highly unusual. The past four education secretaries have been protected by the Education Department’s own small security force," Politico reported.

The spending was criticized by former Education Secretary Arne Duncan.

Corruption by Trump's cabinet secretaries was the focus of a column published by the Los Angeles Times on Election Day.

"Donald Trump hasn’t conducted his campaign to vandalize and stupefy the federal government single-handedly. At every step he has been assisted by appointees put in place to undermine their agencies and dismantle policies and programs that in some cases have operated for decades," Michael Hiltzik wrote.

"Not every Trump appointee has come to work intent on wrecking his or her own department. Some may have remained in place despite the hostility of the Trump White House toward good government, either out of desperation to hold on to a government sinecure or a misguided notion that they could still do some good by working from the inside," he explained.