‘Biden is still going to have to fight for the soul of the country’: MSNBC panelist 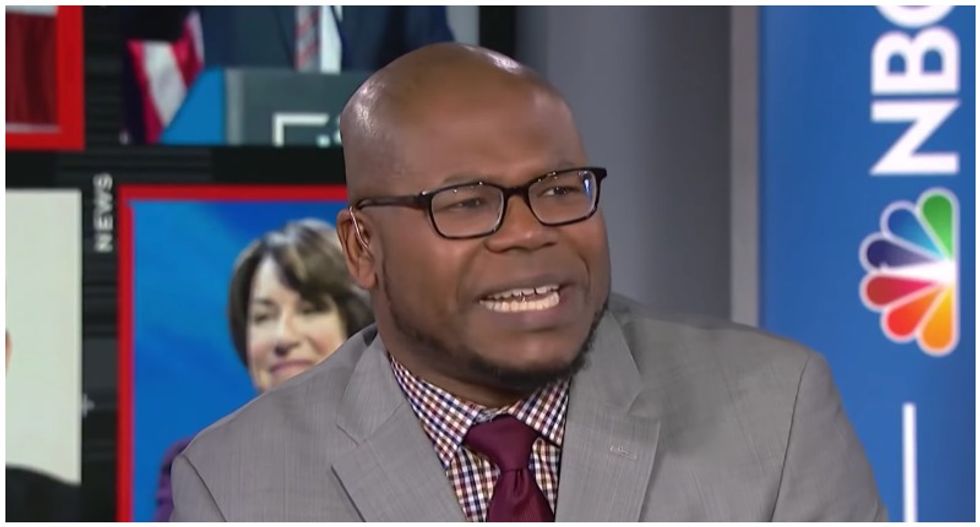 Speaking to MSNBC's Nicolle Wallace this Wednesday, political analyst Dr. Jason Johnson said although Biden appears to have won the presidency, the fight isn't over.

According to Johnson, "the people chasing the Biden-Harris truck out of Texas -- they are the enemies of democracy."

"The people right now attacking vote counters in Detroit, they are the enemy. Kyle Rittenhouse is the enemy. Mitch McConnell is the enemy," he continued. If it’s one thing they should have figured out in this campaign, you cannot treat the Republican party with kid gloves because they won’t treat you that way. I hope Joe Biden gave this speech to sound nice because everything isn’t locked down yet. Maybe Senator Harris will have this idea should she become VP, but they have to realize they’re in a war, the war for the soul of America will not end once he’s inaugurated and I hope he remembers that.”

"The vote that came in last night just shows how much further this country is divided geographically, demographically, by race and income, and we have a lot of work to do," O'Brien said. "And Trump has been successful at tearing away at people's trust of institutions across the board -- not just the media, but the political class, law enforcement, and he's now trying to do it with the vote."