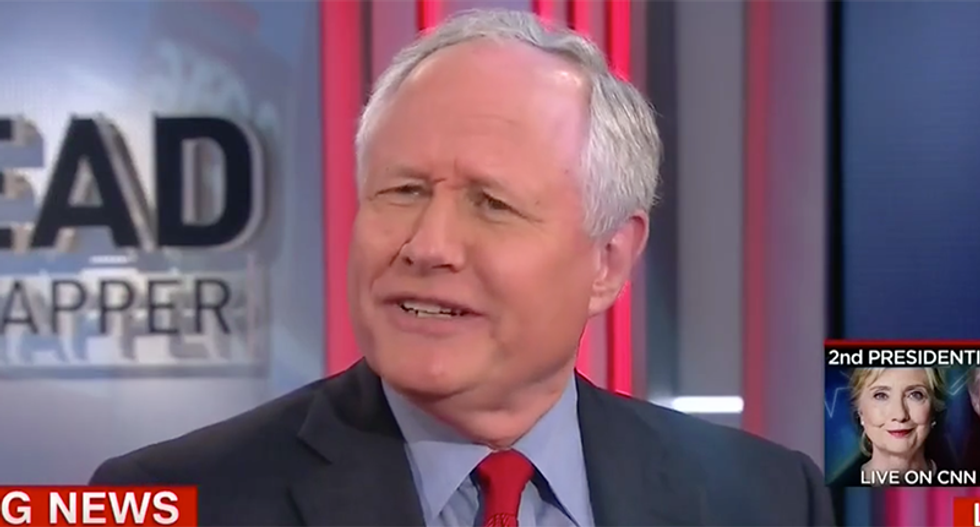 Longtime GOP stalwart Bill Kristol urged Republicans in Georgia to write-in the current administration when voting in the January runoff elections in Georgia that will determine the control of the U.S. Senate.

After the November election, Republicans have 50 Senate seats, to Democrats' 48. But if Democrats win both the runoffs, the 50-50 tie will be broken by Vice President Kamala Harris.

Kristol, who served as chief of staff to Vice President Dan Quayle in the first Bush administration but recently founded Republican Voters Against Trump, suggested Georgia Republicans reject both Perdue and Loeffler to show their loyalty to the GOP president.

"Georgia Republicans! Only you Georgians get a chance, on January 5, to vote AGAIN for Trump-Pence! To show true loyalty!" Kristol posted on Twitter.

The neoconservative activist was ridiculing members of the far-right who are threatening to sit out the election, such as attorney L. Lin Wood.

Let’s speak truth about @SenLoeffler & @sendavidperdue. Why are they doing little or nothing to support efforts by… https://t.co/cu1smuUEhv
— Lin Wood (@Lin Wood)1605983738.0

Wood is not the only Republican threatening to sit out the race.