Bob Woodward warns of Trump attacking Iran: ‘Presidents can start wars on their own’ 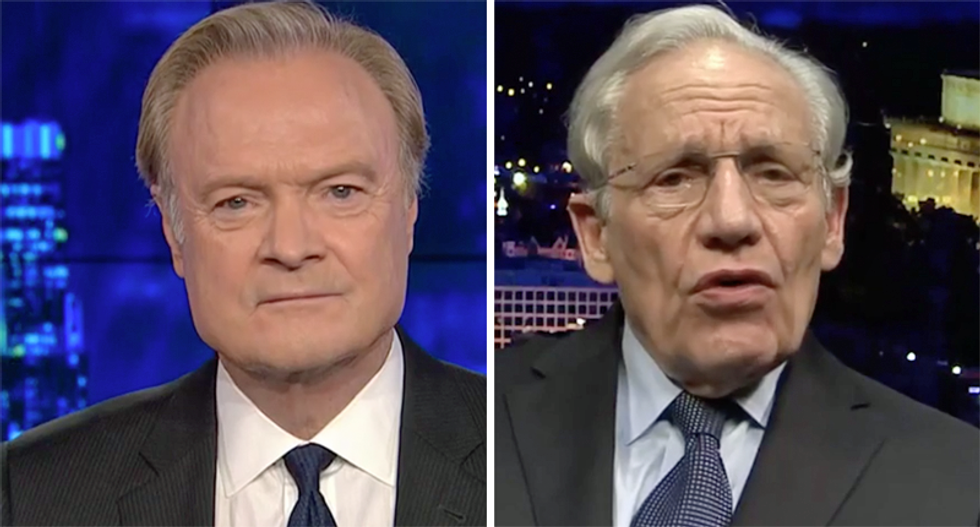 Pulitzer Prize-winning journalist Bob Woodward on Thursday explained how Donald Trump could start a war with Iran before his term ends in January.

Woodward was interviewed by Lawrence O'Donnell on MSNBC on Monday, who noted a new report by The New York Times.

"President Trump asked senior advisers in an Oval Office meeting on Thursday whether he had options to take action against Iran’s main nuclear site in the coming weeks. The meeting occurred a day after international inspectors reported a significant increase in the country’s stockpile of nuclear material, four current and former U.S. officials said on Monday," the newspaper reported.

"A range of senior advisers dissuaded the president from moving ahead with a military strike. The advisers — including Vice President Mike Pence; Secretary of State Mike Pompeo; Christopher C. Miller, the acting defense secretary; and Gen. Mark A. Milley, the chairman of the Joint Chiefs of Staff — warned that a strike against Iran’s facilities could easily escalate into a broader conflict in the last weeks of Mr. Trump’s presidency," The Times reported.

"Yes, that's always possible," Woodward replied. "And, again, I think it emphasizes the extraordinary power that the president has, a sitting president, even one who is soon to depart office."

"And as we learn, presidents can start wars on their own. They're commander-in-chief, they can employ the force as they see fit," he continued. "Congress can take away the money, but that's unlikely, particularly if it's a reasonable military operation. Now, whether one in iran or somewhere else in the world would be reasonable, I don't know."