‘Cause for alarm’: Retired general unloads on Trump for destabilizing the United States by ousting Esper 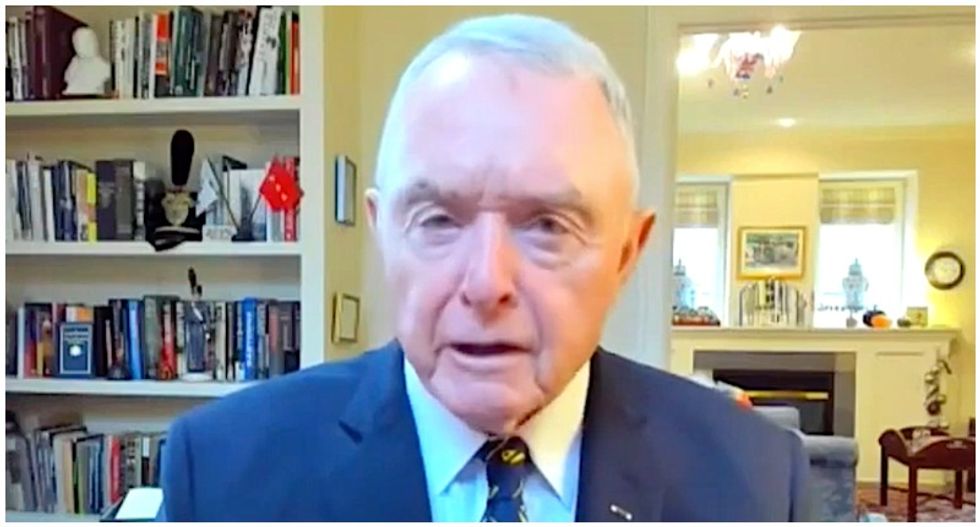 Speaking on MSNBC this Monday, military analyst and retired general Barry McCaffrey commented on the recent announcement from President Trump that he has fired Secretary of Defense Mark Esper.

According to McCaffrey, Trump's decision "makes no logical sense whatsoever," adding that "we ought to apprehensive about what's going on."

When asked what he's most worried about from now until Biden's inauguration, McCaffrey said his main concern is national security.

"The Chinese, the Iranians, the North Koreans, the Russians and others are watching what's going on ... and people could try to take advantage of it."