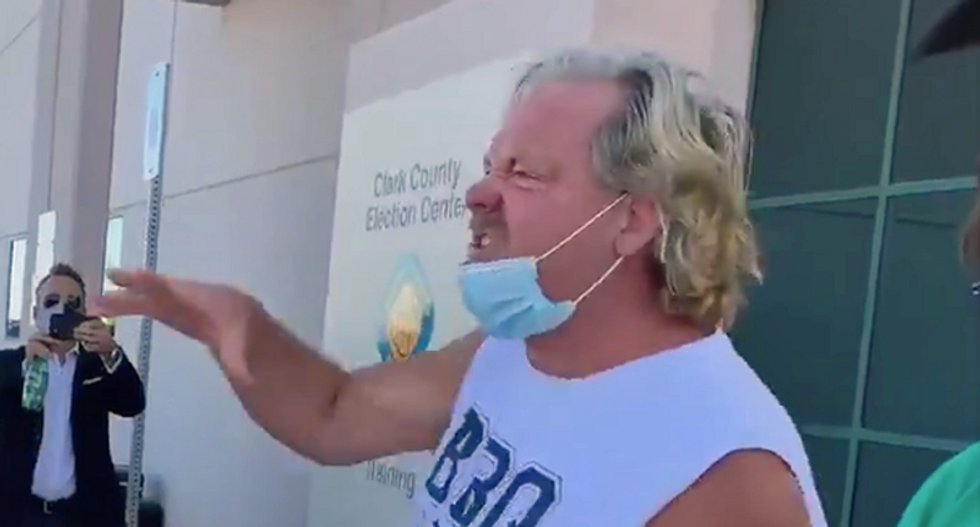 In Las Vegas on Wednesday, Clark County Registrar Joe Gloria held a widely-attended press conference to update the public on the counting of ballots.

"Gloria says in an effort to provide transparency, they will be holding daily press conference at 10am until voting counting is done," Nevada Independent correspondent Jackie Valley reported from the scene.

But then the presser was interrupted by a man in a "BBQ and Beer" tank-top who was improperly wearing a coronavirus mask.

In a clip from the scene posted to Twitter, the man is seen shouting about Joe Biden.

"He's stealing it," the man claimed, without offering any evidence to support his contention.

A 30-year-old councilwoman from New Jersey was shot to death while sitting in her car near her home on Wednesday, My Central Jersey reports.

Borough Councilwoman Eunice Dwumfour (R) was found with several gunshot wounds after a 9-11 call reported several gunshots were heard in the area at around 7:22 p.m.