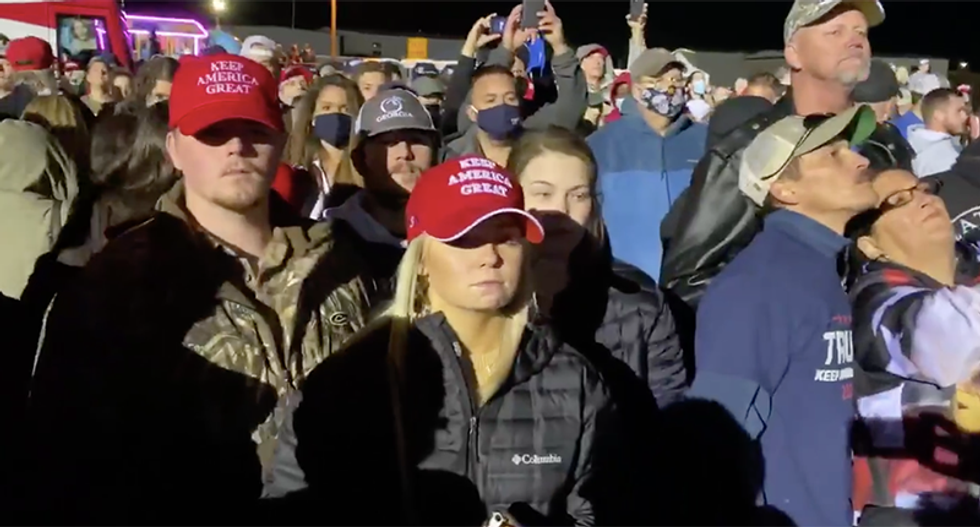 CNN staff were marched through President Donald Trump's rally crowds in North Carolina on Sunday evening as they were leaving the event.

Trump's supporters have long threatened CNN with violence, bombs have been sent to the network and Trump has encouraged violence against the network with videos he claims are "jokes."

“We were escorted directly through the crowd without any bike rack or fencing separating us. We had to ask supporters to clear a path...One, who was not wearing a mask, made exaggerated coughs in our faces...laughing while we passed," said CNN White House correspondent Kevin Liptak.

The whistleblower who testified about Donald Trump's Twitter account before the House Select Committee Investigating the Jan. 6 Attack on the U.S. Capitol revealed her identity on Thursday.

In July testimony, the former Twitter employee's voice was disguised to protect her, but she is now publicly coming forward.

Boeing agreed to the penalty to settle charges it "negligently violated the antifraud provisions" of US securities laws, the Securities and Exchange Commission said in a statement, saying the company and its leader "put profits over people."

Conspiracy theorist Alex Jones ignited a courtroom shouting match on Thursday, railing against critics as he testified in a trial to determine how much he owes families of victims who died in the 2012 Sandy Hook Elementary School mass shooting, which he falsely claimed was a hoax.

Tensions boiled over after roughly four hours of testimony in the Waterbury, Connecticut courtroom, not far from Newtown, the town where the massacre took place. Jones fulminated against "liberals" and refused to apologize to a packed gallery of victims' families.