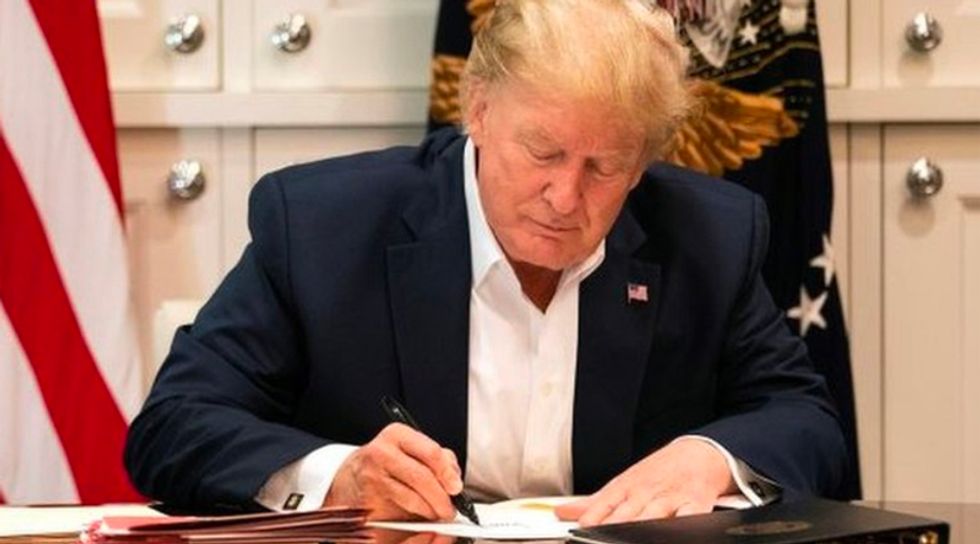 President Donald J. Trump may someday want to pen his own memoir about his experiences in the White House over a span of four years and the worst pandemic in over 100 years, but would anyone actually publish it?

New York Post's Kyle Smith wrote Saturday, "If Trump shows up with a book proposal in hand, lots of New York City’s snootiest publishers are going to respond by pulling up the drawbridge and lobbing rotten eggs out the windows."

The response is a stark contrast to the anti-Trump tell-all titled Too Much and Never Enough that his niece, Mary Trump, published earlier this year. When it was released in July, it flew off the shelves, selling a whopping 1.35 million copies in its first week alone. There's even talk now of a follow-up contribution by the author. She may have her own familial struggles to deal with if she proceeds; the author's uncle, Robert Trump, took legal action to try and block the publication of Too Much and Never Enough, claiming his niece had signed a nondisclosure agreement. Robert, the president's younger brother, died in August and the case failed to proceed.

"This is far beyond garden-variety narcissism," his niece, who has a doctoral degree in clinical psychology, wrote of Trump. "Donald is not simply weak, his ego is a fragile thing that must be bolstered every moment because he knows deep down that he is nothing of what he claims to be."

"America’s hatred is Trump’s oxygen, Smith wrote. "Unlike Obama, the man doesn’t drink or smoke, he just mainlines the world’s disapproval. He’s already proved the single biggest boon to publishing since Johannes Gutenberg... The wokesters who represent a small percentage of the country, but make eccentric campus-style demands to shun people they find disagreeable increasingly drive decision-making among corporate executives. But that merely creates big opportunities for new competitors who are okay with making money off the nearly 74 million Americans who voted for Trump."

“I’m hoping they will stand by their principles and not get involved,” Regnery president Thomas Spence told the Times, licking his lips at the prospect of adding Trump to his list, Smith wrote. Adding, "Let liberal dorks starve themselves while conservatives feast. Liberals may hate viewpoint diversity, but capitalism rewards it."