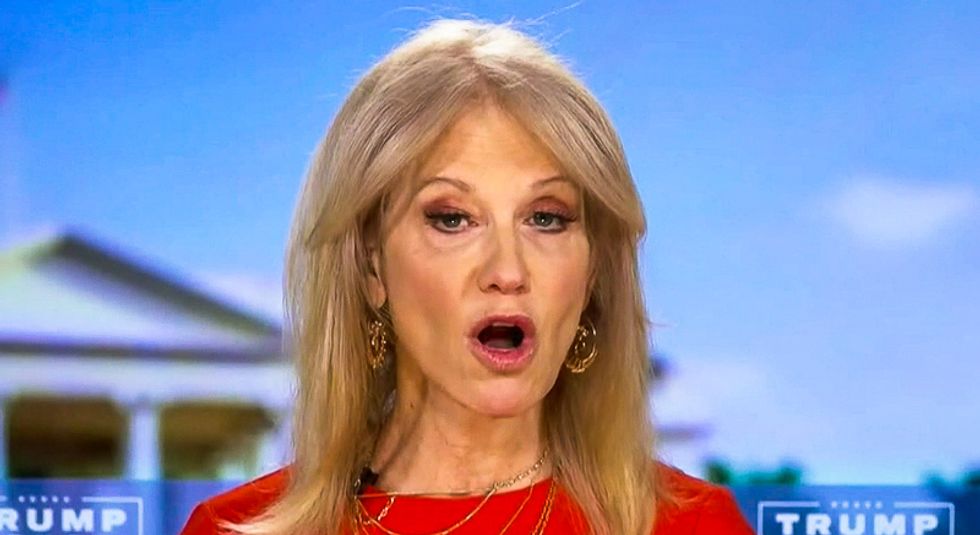 Former White House adviser Kellyanne Conway on Thursday insisted that "every legal vote" should be counted just as President Donald Trump was demanding on Twitter to "stop the count."

"I hope that the Biden campaign agrees with the Trump campaign that every legal vote should be counted, including in Arizona," Conway told Fox News before complaining about the network's decision to call Arizona for Joe Biden.

"Why are we in such a rush to finish this election prematurely?" she asked. "Let's be patient, let's take a deep breath, let's count every legal vote. I think it's a time to be methodical and not emotional."

Less than an hour after Conway made her remarks, Trump wrote on Twitter: "STOP THE COUNT!"