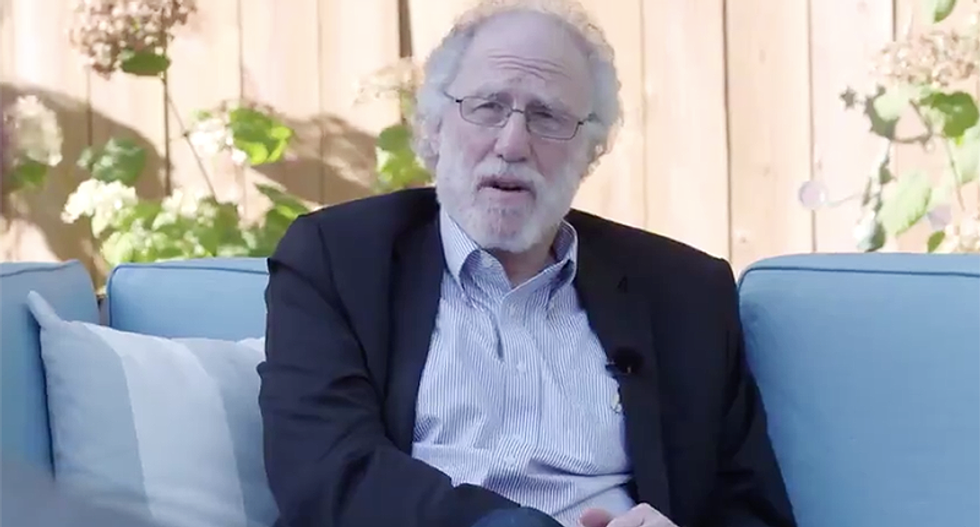 President-elect Joe Biden's chief legal counsel, Bob Bauer, brought together hundreds of lawyers and thousands of legal volunteers ready to protect the 2020 election and the counting of the votes as they were cast. In a video to Biden supporters, Bauer explained the reality to those still denying the election results.

He began by citing Trump's recent tweets that he would continue to litigate his loss and encourage right-wing supporters their fears of an "election hoax" are justified.

What does GSA being allowed to preliminarily work with the Dems have to do with continuing to pursue our various ca… https://t.co/ezUvWPiqbN
— Donald J. Trump (@Donald J. Trump) 1606190838.0

"Let's see how seriously to take those claims," Bauer began. "The Trump campaign and its allies have lost more than 30 cases in the weeks since Election Day. And they lose more every week. In Michigan alone, they brought and lost six lawsuits, claiming, unsuccessfully, inadequate poll observer and challenger access. In one case, as an example, the state trial court judge, a Republican, said that the Trump campaign's 'interpretation of events is incorrect and not credible.'"

Bauer explained that the statement was from Judge Timothy Kenny, who was trying to say nicely that he doesn't believe Trump's claims.

"The story is the same in other states," Bauer continued. "The Trump campaign and its allies have now lost 14 cases in Pennsylvania alone. And the most recent of these cases is the most telling."

Judge Matthew W. Brann wrote: "The Trump campaign and the individual plaintiffs seek to discard millions of voters legally cast by Pennsylvanians from all corners. One might expect that when seeking such a startling outcome, a plaintiff would come formidably armed with compelling legal arguments and factual proof of rampant corruption such that this court would have no option but to regrettably grand the proposed injunctive relief despite the impact it would have on such a large group of citizens. That has not happened."

Bauer cited Ted Olson, who previously represented the George W. Bush campaign in the 2000 recount in Florida. According to Olsen, “I do believe the election is over, we do have a new president."

"We are now seeing in the states, election officials, including senior Republican election officials, and legislators, standing up for the law and our democracy as the process now moves to the state-by-state certification of votes that have made Joe Biden the next president of the United States," Bauer continued.

He also noted that people can forget about state legislatures trying to intervene to wrest control from voters. He explained it can't happen "under federal law or the Constitution."

Despite overt political pressure from the president, over the last 24 hours, MI, PA, and NV certified their results… https://t.co/sLntpJsxLw
— Joe Biden (@Joe Biden) 1606245660.0