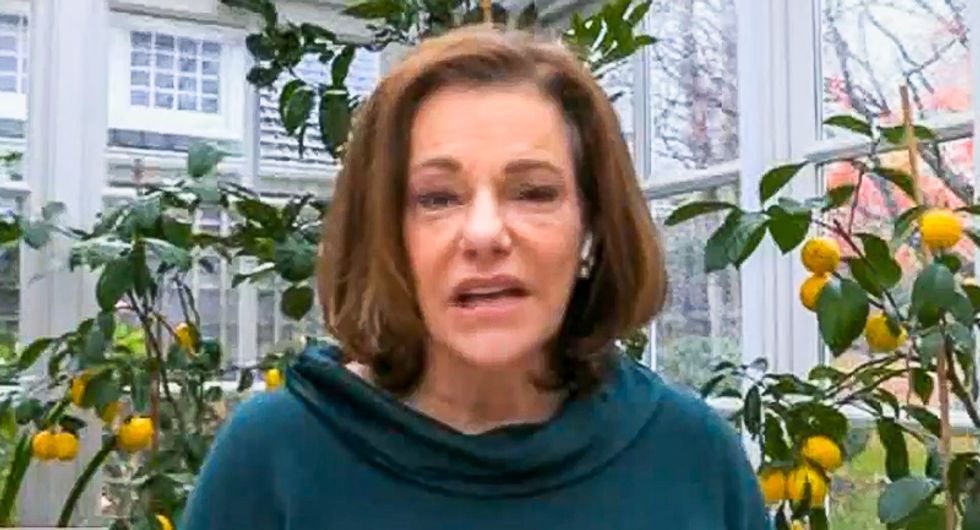 During an appearance on Newsmax, McFarland seemingly compared the disgraced national security adviser to Jesus Christ, who was betrayed for "30 pieces of silver."

"And the thing that's really upsetting about this is Gen. Flynn never committed a crime in the first place," McFarland opined. "It was all made up. Did he plead guilty? Yes. But why? Because they blackmailed him and they extorted him, said that we'll persecute your son if you don't."

"But the thing that makes me the maddest," she continued, "and that is that the people who persecuted him, they'll never face justice, they'll never have to answer for what they did."

McFarland added: "All the senior officials of the FBI and the Justice Department and, frankly, President Obama's West Wing, all the people who made this stuff up, they perpetrated the Russia hoax. Not just on Gen. Flynn and me and President Trump, but on the nation."

According to the former national security official, Flynn's so-called "persecutors" have caused Americans to be "at each other's throats."

"And not only do they not have to answer for what they did, they collected their 30 pieces of silver," McFarland remarked. "And a number of them are reported to be joining the Biden administration if it happens."