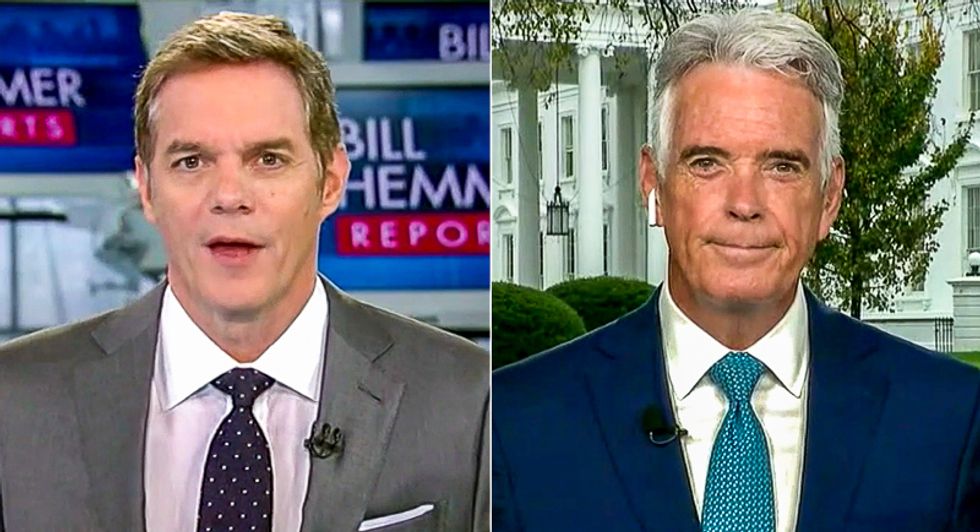 Fox News senior White House correspondent John Roberts now says he's "not sure" who will be the next president even though his network has called the race for President-elect Joe Biden.

Roberts told Fox News host Bill Hemmer that he expects Republican legislators to have a "hard time" allowing electors to cast their votes for Biden when the Electoral College officially chooses the next president on December 14.

"One thing is that if they do manage to prolong this process, we start to get into December," Roberts asserted. "There comes a time when these electors have to be seated to vote on who will become president of the United States. And I'm told that the anger out there in these red states is so deep and so palpable, the GOP legislators may have a difficult time seating Biden electors when it comes down to putting in place that process for the vote on December 14th."

"That would be something," Hemmer said.

"At some point, you know, people keep on assuring us that on January the 20th a president will be inaugurated," Roberts added. "We're just not sure at this point whether it will be a new president or the current president."