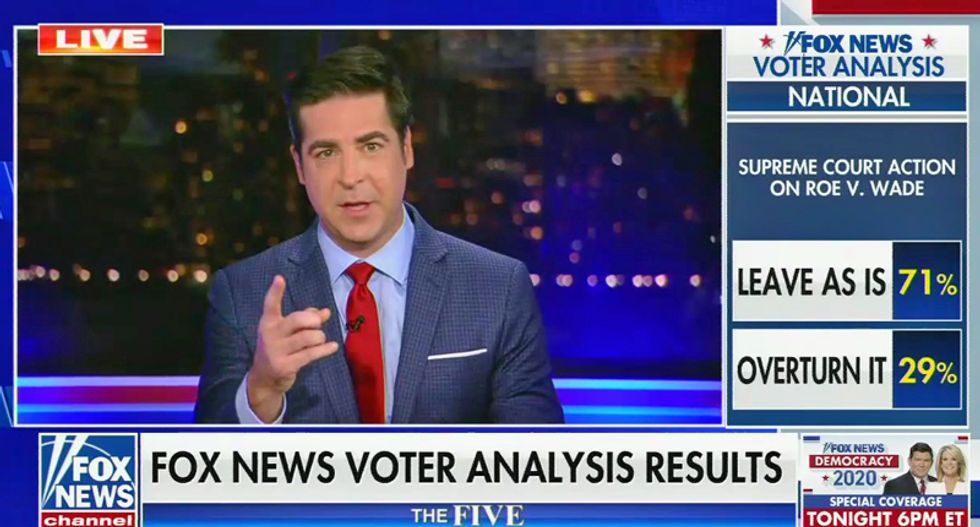 Fox News provided an analysis of the early exit polls, which largely rejected the far-right message the conservative network has been pushing.

When asked about the direction of the country, 63% of voters said things were on the wrong track, while only 37% thought things are going well under President Donald Trump.

On the question of a government-run health care plan, 72% of voters were in favor, while only 29% were opposed.

Stricter gun laws were supported by 55% of voters, while only opposed by 12%.

On the question of abortion rights, 71% of Americans want the Supreme Court to leave the Roe v. Wade as it is.

And 72% of voters support a pathway to citizenship for undocumented immigrants.