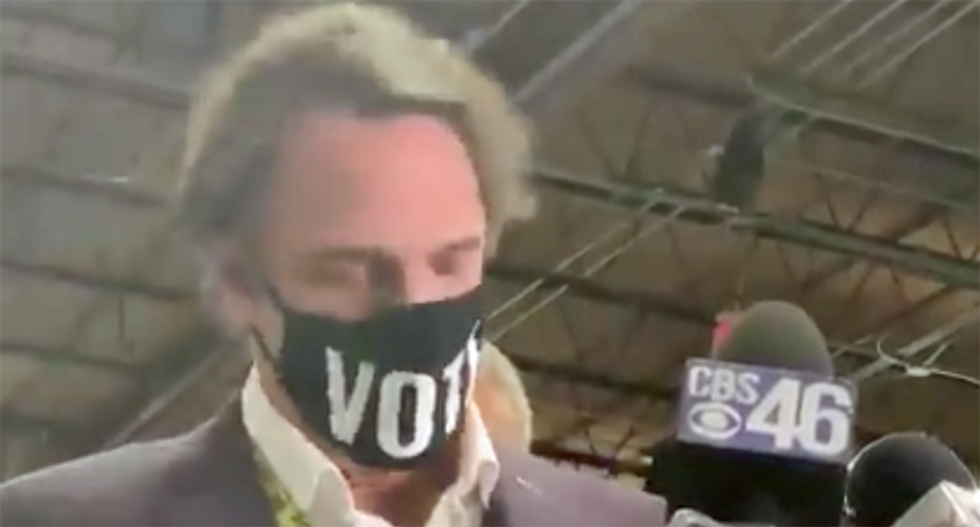 Fulton Election Director Rick Barron addressed the media to say that one of his election workers at State Farm was falsely accused of throwing out a ballot. Video of the election worker was uploaded to Twitter and his personal information, including his car license plate was released publicly.

“He is currently in hiding," Barron said. "Having to leave his house and go stay with friends."

Barron expanded on the piece of paper his election worker crumpled up, saying he wasn't agitated when he crumpled the paper. "However, one thing that you need to know is that those ballots are 8.5 x 18 inches long. At no time did you see him extract anything from an envelope and that crumpled piece of paper -- they were instructions and it was a smaller piece of paper."