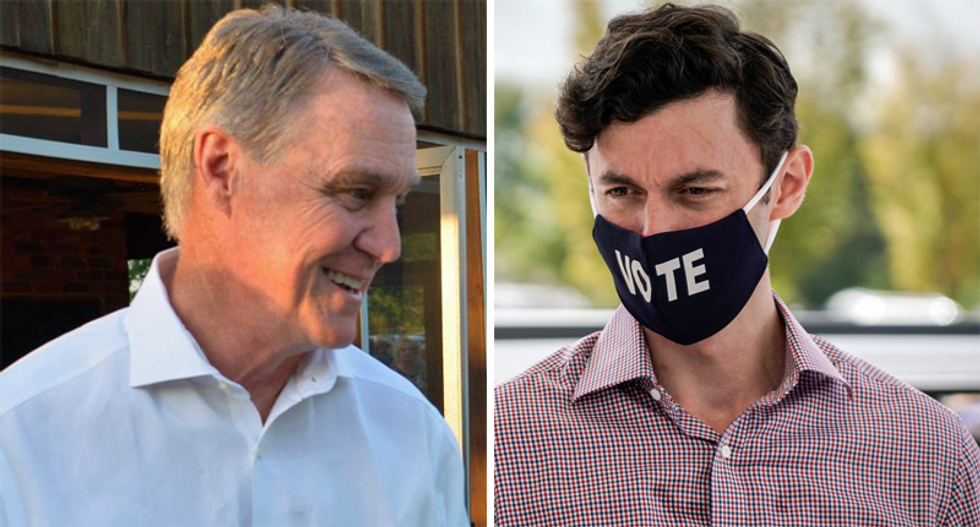 One of the two U.S. Senate runoff elections in Georgia turned into a figurative food fight on Saturday.

The eyes of the nation are on the Peach State as it holds two January runoff elections that will decide control of the U.S. Senate. Following the November elections, Republicans have 50 Senate seats to 48 for Democrats. However, if Democrats win both races, Vice President-elect Kamala Harris will be able to cast the tie-breaking vote.

Perdue's campaign account lashed out at Ossoff for visiting a vegan restaurant, posting a photo of Sen. Perdue and wife Bonnie with a bacon-laden table.