Georgia to decide fate of US Senate in two January runoffs 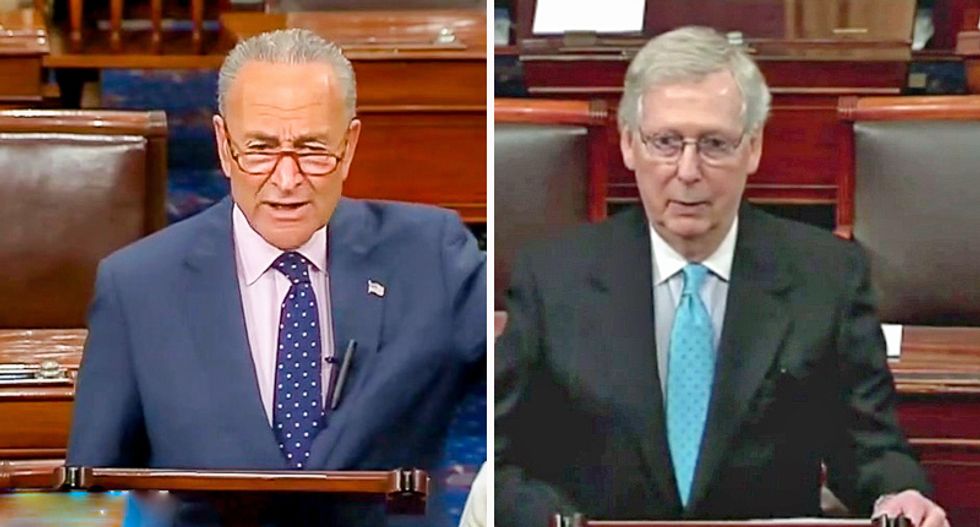 Control of the US Senate and prospects for united rule in Congress for incoming president Joe Biden will boil down to two runoff elections in Georgia, with Democrats and Republicans positioning for an epic political battle.

Party leaders and the candidates themselves on Saturday presented the southern state as the new ground zero in a war to either clear a congressional path to help Biden implement many of his proposed reforms, or put a check on President Donald Trump's White House successor.

Democrats were aiming to flip the upper chamber of Congress on Election Day by ousting at least three Republicans, a result that would present Biden with an incoming president's dream: both the Senate and House of Representatives under his party's control.

Had Trump won, Democrats would have needed to gain four seats in the Senate -- where Republicans currently enjoy a 53-47 majority -- as the vice president, as president of the Senate, breaks a 50-50 tie.

But as results rolled in, even as Biden inched towards a presidential win, several Democratic Senate hopefuls fell short in their challenges against established incumbents like Majority Leader Mitch McConnell, Trump ally Lindsey Graham and embattled moderate Susan Collins.

Democrats so far have a net gain of just one seat. Now they have a lifeline.

Georgia Republican Senator David Perdue leads in his race, but at 49.8 percent he is short of an outright majority, meaning he faces Democrat Jon Ossoff in a January 5 runoff as stipulated by state rules.

A second Georgia race, a special election for the seat of Senator Kelly Loeffler who was appointed to replace a retiring lawmaker last December, is also headed to a special election on the same day. And the eyes of the political world were rapidly honing in on the state.

"Now we take Georgia, then we change the world!" top Democrat Chuck Schumer -- who would likely become majority leader should the Senate flip -- said as he reveled in Biden's win.

"The future depends on victory in Georgia," added Ossoff.

"All eyes will go to Georgia as we look at the fate of the Senate," added Haley as she called for donations to Perdue and Loeffler.

Georgia has been reliably Republican for a generation, and winning even one of the Peach State's Senate seats would be an uphill challenge for Democrats.

But the party did an impressive job of registering new voters and getting them to the polls. As of Saturday, Biden maintained a narrow 7,500-vote lead over Trump in Georgia, a margin small enough to trigger a recount.