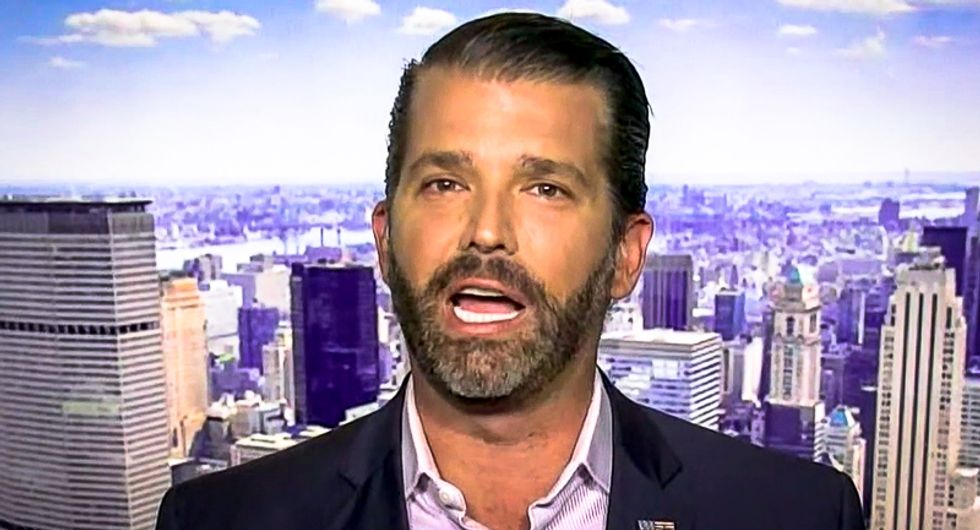 Donald Trump Jr. suggested that his father's supporters should harass members of the Biden campaign during their recent visit to Texas.

KEYE reported on Saturday that the Biden campaign had cancelled campaign appearances in Texas after a campaign bus had been "closely followed by Trump supporters while on the road."

The FBI was said to be investigating harassment by the so-called "Trump Train."

On Sunday, a video surfaced of Donald Trump Jr. encouraging the behavior.

"Hey, Laredo, Don Jr. here," Trump says in the video. "I heard you had an awesome turnout for the Trump Train. It'd be great if you guys would all get together, head down to McAllen and give Kamala Harris a nice Trump Train welcome."

"Get out there, have some fun," he adds. "Enjoy it. Don't forget to vote and to bring all of your friends. Let's show them how strong Texas still is."

I have seen this disappear from a few posts so I downloaded Jr inciting MAGAs to violence in TX against the Biden b… https://t.co/lF30YmHveM
— Shane A Swank (@Shane A Swank)1604211764.0