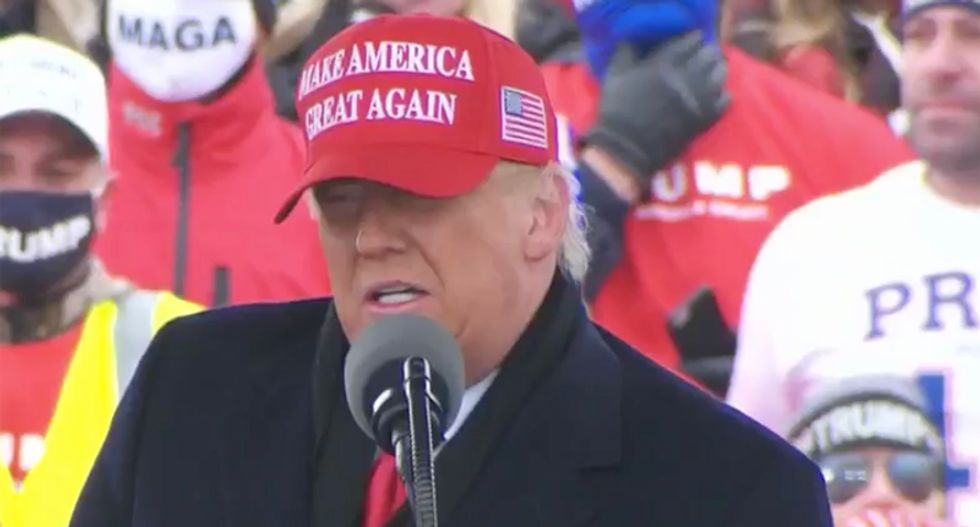 On Wednesday, Axios reported that despite President Donald Trump's proposed lawsuits and recount challenges in states where Biden is leading or pulling even, a blockbuster case that swings the election — like Bush v. Gore in 2000 — is unlikely to materialize.

"Experts say they simply don’t yet see strong vehicles emerging for a scenario where Supreme Court justices decide the next president, although it’s too early to reach firm conclusions while votes are still being counted," reported Sam Baker and Stef Knight.

In Wisconsin, Trump has suggested he will seek a recount, but recounts in that state require the campaign itself to put up the money and historically barely budge the result. In Michigan, the campaign is suing to demand the ability to oversee the ballot-counting process and want to block any more votes from being counted, but the current totals already show Biden leading, so this would be of little help.

Meanwhile, the campaign may push on in Pennsylvania with litigation in progress to overturn the state Supreme Court's extension of absentee ballot receipt deadlines — but even this is unlikely to change things.

"Four conservative Supreme Court justices have already expressed deep misgivings about extended ballot deadlines, and the court could take up a challenge to Pennsylvania’s extension at any time," said the report. "But that’s only likely to happen, experts said, if those late-arriving votes are the tipping point in Pennsylvania — and if Pennsylvania is the tipping point nationwide. While the overall number of mail-in ballots this year is huge, the number of late-arriving mail-in ballots is believed to be pretty small."

MSNBC's Nicolle Wallace began her Thursday show with a takedown of conservative activist Tom Fitton, who is president of the far-right group Judicial Watch who spoke to the Justice Department this week.

Wallace linked Fitton to not only the conspiracy to overthrow the 2020 election beginning as early as the summer prior as well as the Trump documents scandal.