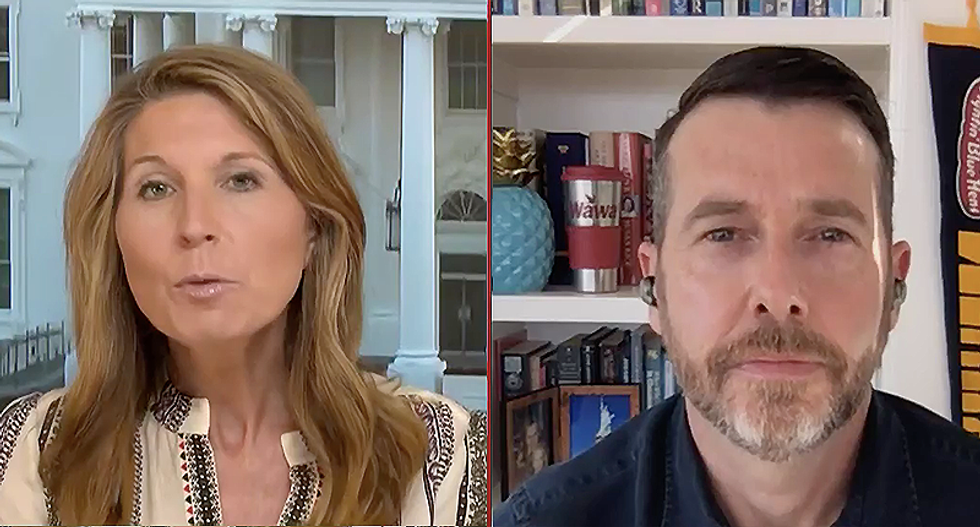 Speaking to MSNBC's Nicolle Wallace on Monday, Plouffe called it, by far, "the most reckless and irresponsible thing" that Trump has done in four years, and that's saying a lot.

"We have an election early November; a new president takes over the third week of January. It is no time at all -- over in the blink of an eye," said Plouffe. "So the damage here is severe. It's all to satisfy his childlike ego. This election is not even that close. He tweeted at the governor of Ohio today. He is much more enraged about the governor of Ohio saying Joe Biden won an election than about the pandemic raging all around us. And listen, at the end of the day, we pay the price all the time for this, but I think it is coming to a crescendo."

"When you put one of the worst human beings on the planet in the most powerful office, bad things are going to happen," Plouffe continued. "I wish I could say Thursday of this week, Tuesday next week; he is going to come to his senses. In 1981, Iranians released hostage on January 20, after Ronald Reagan took office. We have to wait until then to be fully released from the irresponsibility of this administration. Joe Biden is right. People are going to die; a lot of them are going to die because the president refuses to acknowledge the outcome of the election."

Dr. Kavita Patel explained that it's clear the calls to "wear a mask" aren't working, and more is needed to get Americans to stop killing each other. She's now seeing people who had COVID-19 in March and April who are coming back in with symptoms again.

Wallace cited Dr. Anthony Fauci, who said in an NBC interview Monday morning that the virus isn't stopping and waiting for a peaceful transition of power.

"This is something that just is now going in a very strong direction," he continued. "Vaccines are effective. We want to get it approved as quickly as we can. We want to get doses to people in December and get the ball rolling as we get to January, February, March. We want a smooth process for that. The way you do that is by having the two groups speak to each other, exchange information."