'I have never seen this before': Legal expert stunned by argument in latest Trump voter fraud lawsuit 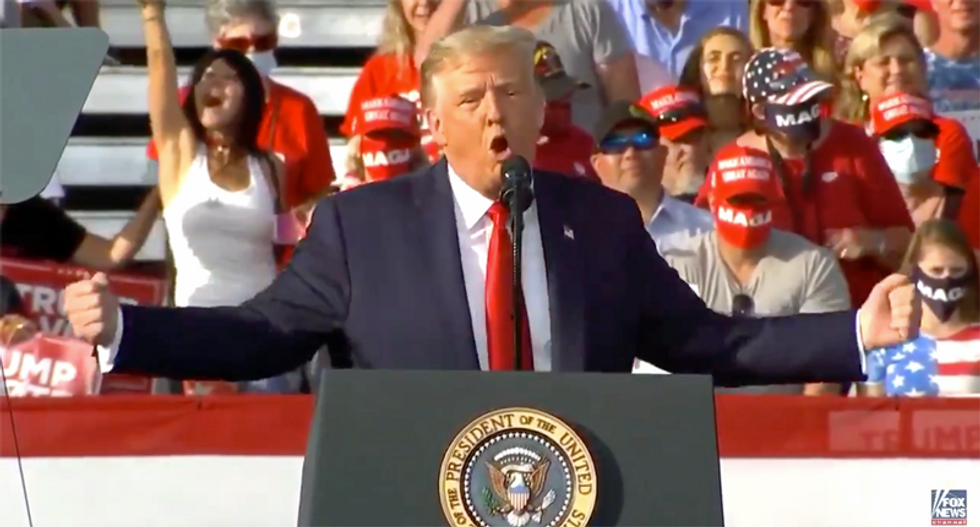 A lawsuit filed by Trump voters in Pennsylvania has taken a novel approach by asking the courts to delay certification of the state's election results -- and then promising to deliver evidence that would justify that decision in a future lawsuit.

Election law attorney Marc Elias on Friday flagged what he believes is an unprecedented argument in a Pennsylvania voter fraud lawsuit in which the plaintiffs say they "intend" to provide proof of their claims at some point in the future.

"Voters are currently compiling analytical evidence of illegal voting from data they already have and are in the process of obtaining," the lawsuit states. "They intend to produce this evidence at the evidentiary hearing to establish that sufficient illegal ballots were included in the results."

As Elias notes, lawsuits filed to stop elections from being certified are supposed to rely on actual evidence rather than promises to produce such evidence at a future date.

"I must say, I have never seen this before," he comments. "Typically, you have evidence first and then file a lawsuit."

Read the whole excerpt below.