‘I’m done. I’m out’: Conservative officially leaving the GOP after the party fails to repudiate ‘sociopath’ Trump on Election Day 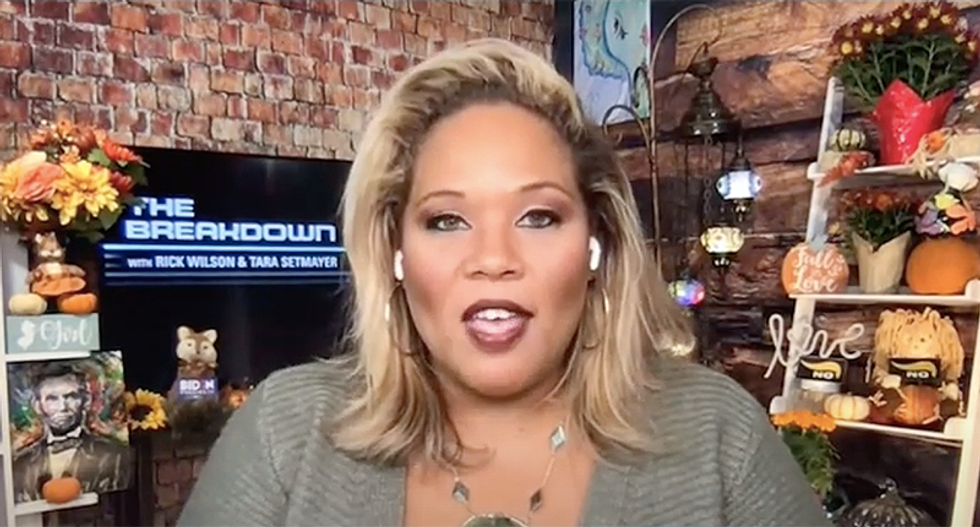 Conservative consultant and commentator Tara Setmayer announced she was officially leaving the GOP after watching this election.

The 25-year Republican explained that "as a principled conservative and more importantly, American, I can no longer associate with a GOP that’s fully embraced the malignancy of Trumpism."

She then hashtagged "Country over Party."

In a video explaining her position, Setmayer welcomed colleagues from the Lincoln Project and told them the way that the GOP has "abdicated their responsibilities and made a mockery of their oaths of office" led her to leave. She said that they now stand for everything that she is against as a conservative.

"After last night I said that I would always reassess my role in the Republican Party depending on how this election went," she continued. "I was cautiously optimistic and hopeful that there would be a repudiation of Trumpism and that would give Republicans like myself a possibility to rebuild and root this out and build the party anew."