'It's not safe': CNN reporters walk out of Kelly Loeffler's 'Save Our Majority' rally over COVID fears 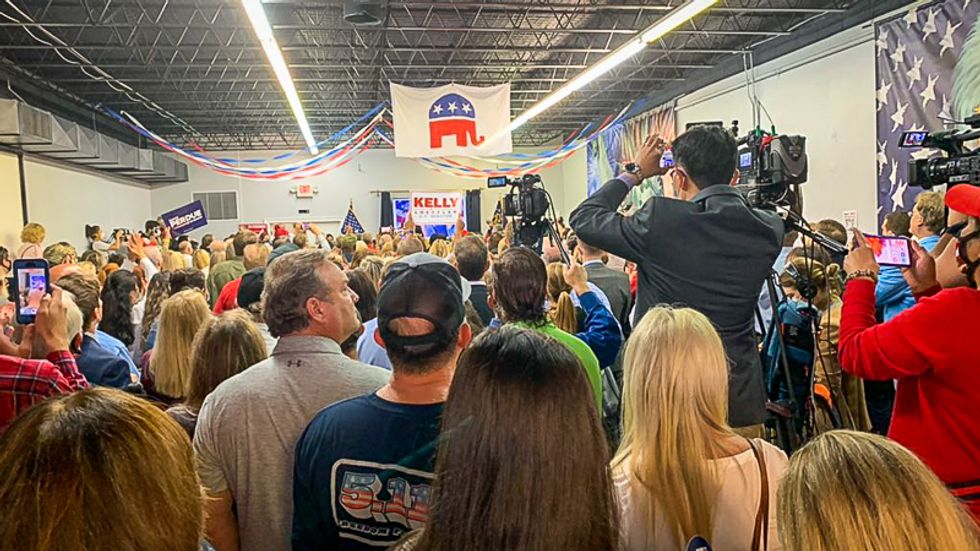 CNN correspondent Kyung Lah said on Wednesday that her team was forced to leave a rally hosted by Sen. Kelly Loeffler (R) in Georgia because there were too few safety precautions.

Lah explained in a tweet that Loeffler held the "Save Our Majority" rally in a windowless room where many of the supporters were not wearing masks despite rising COVID-19 infections in the state.

"My entire @CNN team has physically left this indoor rally," Lah later reported. "It’s not safe given the #Covid19 numbers in Georgia. Again, this is the 'Save our Majority' rally in Cobb County,"