Jason Miller: Trump will 'be ahead on election night' and then Dems will 'steal it back' by counting votes 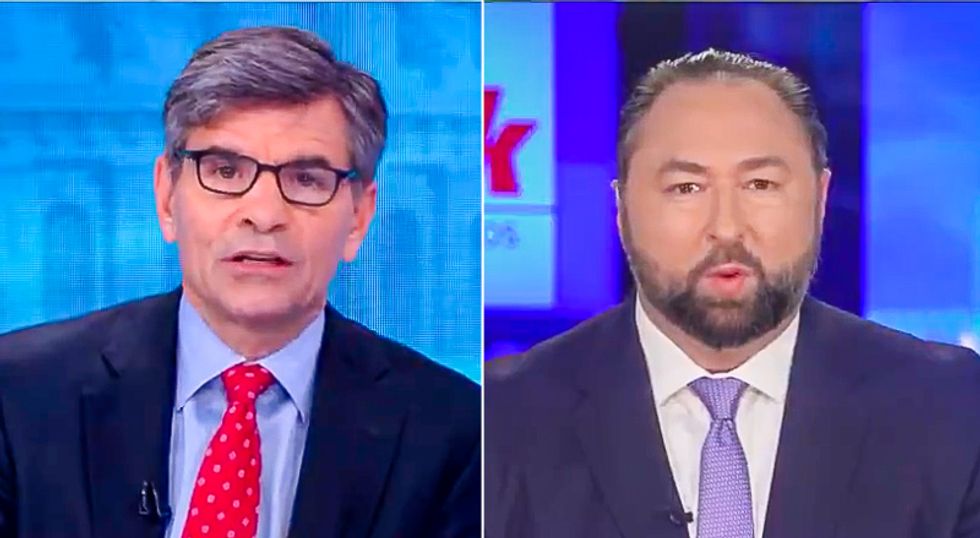 Trump campaign surrogate Jason Miller on Sunday claimed that counting votes after election night will be part of a Democratic plot to "steal" the election from President Donald Trump.

"If you speak with many smart Democrats, they believe that President Trump will be ahead on election night, probably getting 280 electoral [votes]," Miller told ABC News host George Stephanopoulos. "And then they're going to try to steal it back after the election."

"We believe that we will be over 290 electoral votes on election night," he added. "So no matter what they try to do, what kind of hijinks or lawsuits or whatever kind of nonsense they try to pull off, we're still going to have enough electoral votes to get President Trump reelected."

.@GStephanopoulos: “Basically, you’re saying that the president needs to have a clean sweep of all the states in th… https://t.co/7NQIDLFb17
— ABC News Politics (@ABC News Politics) 1604242680.0