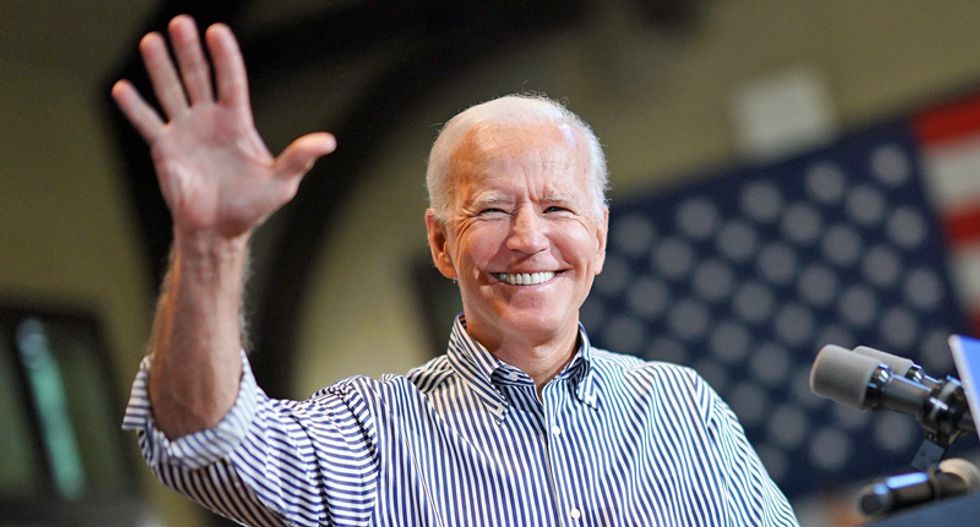 Joe Biden is now projected to win the 2020 presidential race after surging ahead in key swing states. MSNBC and CNN have both called the race for the Democratic candidate.

The Rust Belt states of Michigan, Wisconsin, and Pennsylvania proved to be crucial in the 2020 election, after Biden flipped Arizona and Trump was projected to win the states of Florida and Texas.

Biden also picked up an Electoral College vote in a Nebraska congressional district. In 2016, Trump won all five of Nebraska’s electoral votes.

Fueling fears of a constitutional crisis, Trump prematurely declared victory early Wednesday morning and threatened to demand the intervention of the Supreme Court to stop vote-counting but it continued nonetheless.

"We did win this election," the 74-year-old president told cheering supporters in the East Room of the White House before the final vote tallies were complete. "This is a fraud on the American public."

The Biden campaign slammed Trump's victory claim as "outrageous, unprecedented, and incorrect" and a "naked effort to take away the democratic rights of American citizens."

"The counting will not stop. It will continue until every duly cast vote is counted," it said. "If the president makes good on his threat to go to court to try to prevent the proper tabulation of votes, we have legal teams standing by ready to deploy to resist that effort."

The Bush vs Gore race, which rested on a handful of votes in Florida, eventually ended up in the Supreme Court, which halted a recount while Bush was ahead.

A deluge of mail-in ballots because of the coronavirus pandemic has slowed down the vote count in some states this year, several of which only began counting mail-in ballots on Tuesday.

The US Elections Project estimated total turnout at a record 160 million voters including more than 101.1 early voters, 65.2 million of whom voted by mail.

In an election that took place under the shadow of the coronavirus pandemic that has claimed more than 230,000 lives in the United States, Trump appeared to have avoided a Democratic wave predicted by some polls.

But it remained unclear early Wednesday morning which candidate would capture the 270 votes needed for victory in the Electoral College that determines the winner of the presidential race.

Trump took the podium at the White House after 2:00 am and declared that he would go to the Supreme Court because "we want all voting to stop."

Voting had already ended by the time Trump began speaking and he appeared to be calling for the nation's highest court to stop vote counting.

Trump has railed for months against mail-in ballots, charging without evidence they could be fraudulent.

Biden had earlier warned that vote counting would take a while as he greeted his own backers at a socially distanced rally in his home state of Delaware.

"We believe we're on track to win this election," the 77-year-old former vice president and senator from Delaware said. "Keep the faith, guys, we're going to win this."

Trump for the past four years has often been quick to say he is being treated unfairly but even a few of his fellow Republicans voiced unease at his dramatic intervention.

"Stop. Full stop. The votes will be counted and you will either win or lose. And America will accept that. Patience is a virtue," tweeted Adam Kinzinger, a Republican congressman who won reelection.

"I disagree with what he did tonight," said former New Jersey governor Chris Christie, who helped Trump prepare for his first debate against Biden.

Biden is the first Democrat in 24 years to win Arizona, seizing on the southwestern state's changing demographics and the popularity of astronaut Mark Kelly, who won a Senate seat held by a Republican.

But no other states immediately flipped and Trump won an early prize in Florida, where his hard line against Latin American leftists helped him make inroads among Cuban Americans.

Democratic hopes fizzled of turning around Texas, a Republican bastion indispensable for Trump, and Ohio.

Biden, as expected, comfortably won the biggest prize of all, California, as well as New York and easily kept Minnesota and New Hampshire, two states where Hillary Clinton in 2016 had only eked out victories over Trump.

Biden said he was feeling "real good" about Michigan and Wisconsin and voiced confidence about Pennsylvania, where he was born.

Biden said he was also competitive in Georgia -- a state that until recently had not appeared to be in play -- as election workers in its largest city Atlanta halted counting for the night after a pipe burst.

Pundits had been warning for weeks that this year's election results would take time -- and voiced fears Trump would cause chaos or even violence by questioning the process.