John Bolton calls on GOPers to denounce Trump: 'The Republican party is not going to be saved by hiding' 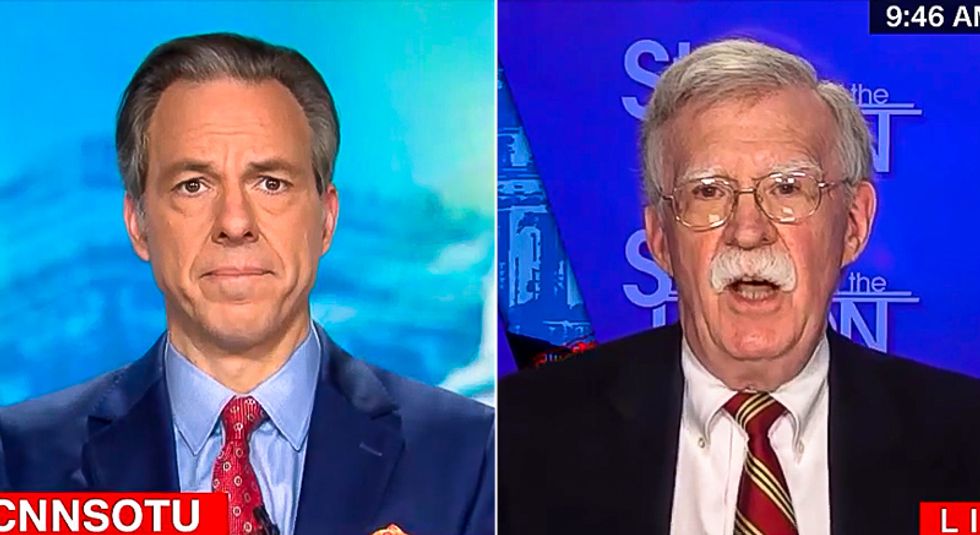 Bolton, who declined to testify in Trump's impeachment proceedings earlier this year, told CNN that now is the time for GOP leaders to take a stand against Trump.

"I think Biden will be sworn in," Bolton told CNN's Jake Tapper. "I think the real question now is how much damage Trump can do before that happens. I think right now, Trump is throwing rocks through windows. I think he's the political equivalent of a street rioter."

According to Bolton, it "gives Trump too much credit" to call his election strategy a "non-violent attempted coup."

"For those who are worried about Trump's reaction, there's strength in numbers," he continued. "The more who come out and say, he doesn't represent us, he is not following a Republican game plan here, the safer they will be."

Bolton argued that Republicans need to "put Trump in the rearview mirror" and instead concentrate on winning the Senate runoff elections in Georgia.

"Trump is looking out for Donald Trump," he remarked. "And the Republican Party has got to look out for the country and for the party at the same time, not Donald Trump."

"People don't have to say what Trump is doing outrageous, just say it's wrong," Bolton pleaded. "Until people hear that, I think they will continue to be deterred from coming back to the Republican Party. I think we can hold the Trump voters by explaining to them actually you can lose an election fair and square even though it hurts. Tell the truth to people. That's what convincing them of your integrity."