John Bolton rips election fraud claim: 'A conspiracy so vast and so successful that there's no evidence of it' 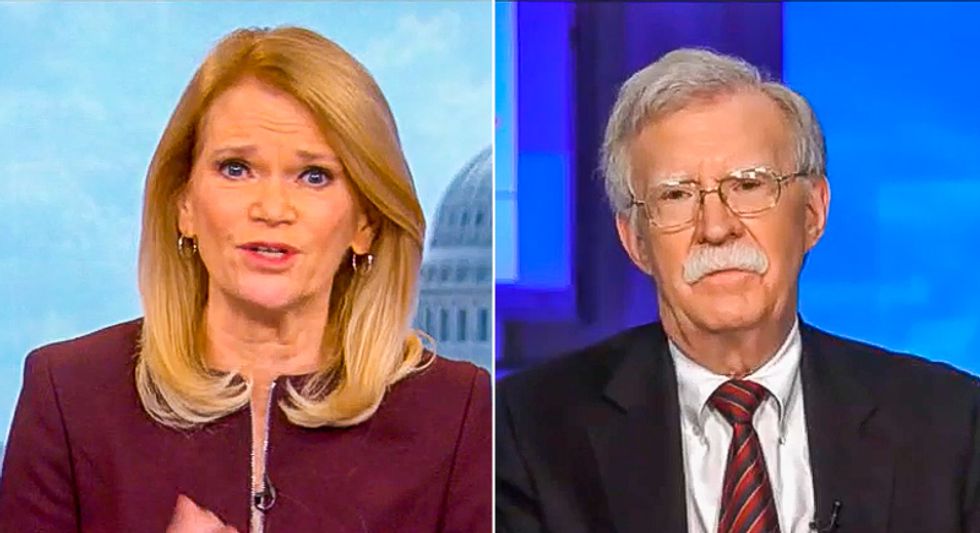 Former National Security Adviser John Bolton on Sunday threw cold water on the idea that Democrats had conspired to steal the election from President Donald Trump.

"I think it's very important for leaders of the Republican Party to explain to our voters, who are not as stupid as the Democrats think that, in fact, Trump has lost the election and that his claims of election fraud are baseless," Bolton told ABC's Martha Raddatz.

The former ambassador noted that Trump's lawsuits have "failed consistently" to overturn the election results.

"Where's the evidence?" he wondered. "I think as every day goes by, it's clearer and clearer, there isn't any evidence."

Bolton said that he is not surprised that Republican voters doubt the election results because GOP leaders have not stood up to defend the outcome.

"It's critical for other Republican leaders to stand up and explain what actually happened," he remarked. "Donald Trump lost what by any evidence we have so far was a free and fair election."

Raddatz pointed out that "very few" Republican leaders have accepted the election results.

"You can talk about that all you want, but they're not doing it," Raddatz said.

For his part, Bolton called the failure to accept election results "a character test for the Republican Party."

"It requires people to explain what happened," he continued. "The Trump campaign simply has no evidence. Their basic argument was this was a conspiracy so vast and so successful that there's no evidence of it."

"If that's true, I really want to know who the people are who pulled this off," Bolton added. "We need to hire them at the CIA. The fact is, this is all blue smoke and mirrors."