John King on Biden's Ohio lead: 'It's just a buffet of possibilities' to run up Electoral College win 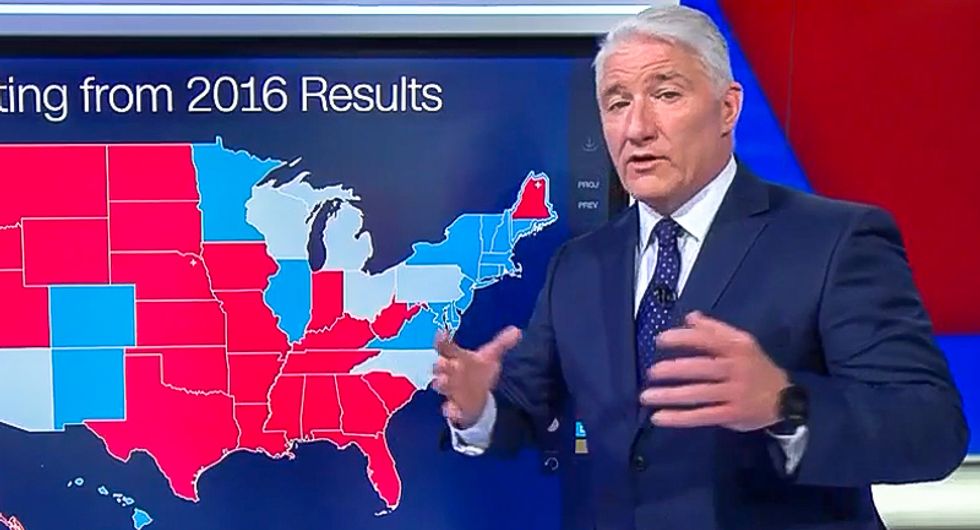 While the votes were being tabulated on election night, CNN correspondent John King marveled at Joe Biden's lead in Ohio, which he said offered a "buffet of possibility" to run up an electoral vote margin.

"It just tells you the menu," King said, reflecting on Biden's chances in Michigan, Wisconsin and Arizona. "It just tells you that he has more options anyway and if you can add Ohio to that, then it's just a buffet. I mean it's a buffet of possibility to run it up and to take away the president's map."