John Oliver shows 2020 exactly what he thinks of it 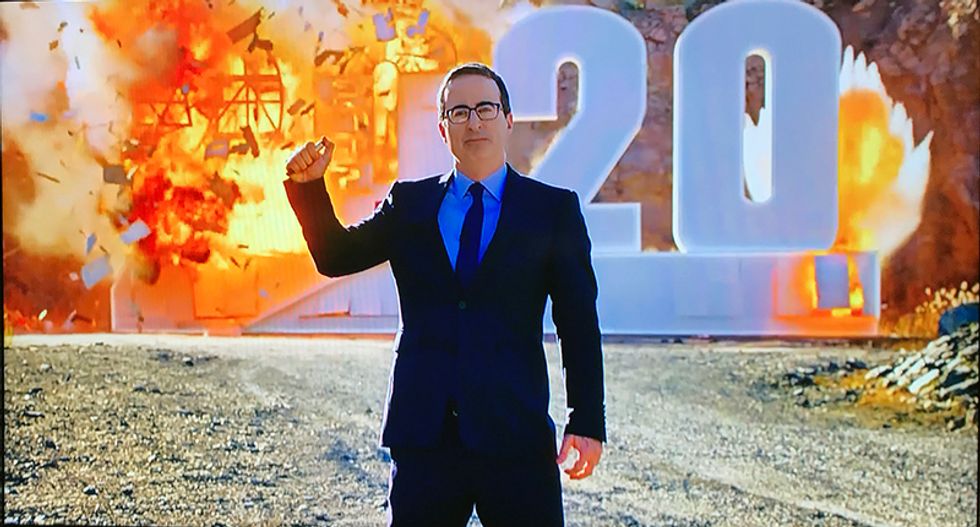 "Last Week Tonight" host John Oliver ended his season Sunday, walking through the horrific things that the world has faced over the past year.

After being verbally spanked by actor Adam Driver for a season-long sexual infatuation laced with linguistic masochism, Oliver walked the audience through his "void" where he's been doing the show.

He explained that he used to do the show in front of a live studio audience, which he said he missed. He also said that he really missed the people he worked with, except three of them.

Typically, at the end of the season, Oliver would finish with big stunts and musical numbers. After a horrible 2016, Oliver lit the year on fire with explosives. This year, in memory of those we lost like Justice Ruth Bader Ginsberg, Rep. John Lewis, Kobe Bryant, Chadwick Boseman and more.

"And for a few days it seemed like America really was going to go to war with Iran," Oliver recalled.

He noted huge fires in Australia and the misery of COVID-19.

"For f*cks sake! 2020 made me learn who Carol Baskin is!" he lamented. "I had to set up a Google Alert for Carol Baskin, so I'd immediately know if she's convicted for that thing we're all pretty sure she did."

So, he took the year of hell and ended it with a bang. Literally.