Joy Reid: What's the point of having laws if the president's friends can break them without consequence? 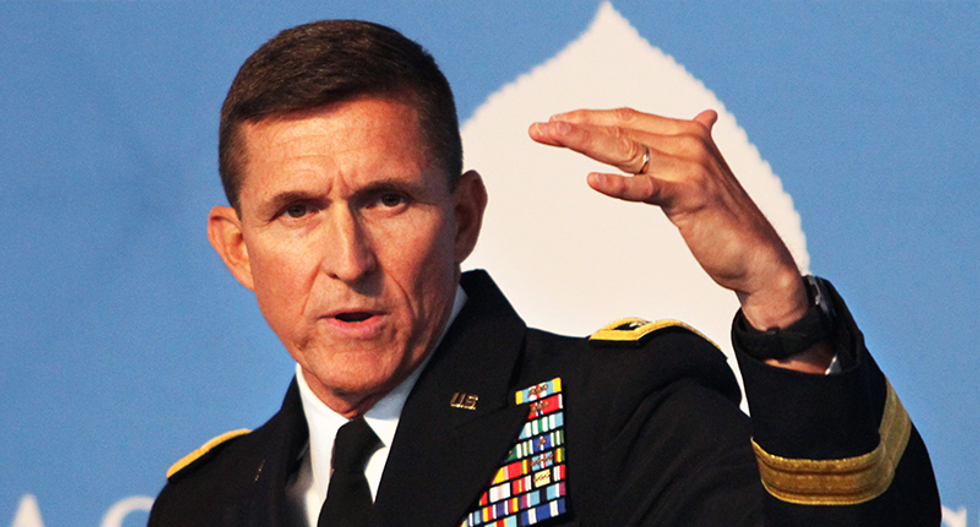 The recent pardon of ret. Lt. Gen. Michael Flynn exasperated MSNBC's Joy Reid, who welcomed former federal prosecutors on her show Wednesday. She explained that President Donald Trump's opposition to "law and order" when it comes to his friends is just more example of Republican hypocrisy to which Americans have become accustomed.

"You know, and Congressman Lieu, you've got The Wall Street Journal going sort of deeper into some of the other things that he did," Reid said of Flynn. "This is not the guy we remember just chanting 'lock her up' at the 2016 Republican National Convention, which is what probably people know him for. Michael Flynn planned to forcibly kidnap a Muslim cleric living in the United States and deliver him to Turkey under the alleged proposal. Flynn and his son, Michael Flynn Jr. were to be paid as much as $15 million to deliver him to the Turkish government, basically renditioning him for cash. Yet you have Lindsey Graham still Lindsey Grahaming calling it 'a great use of the pardon.' A-OK. Great job, Donald. I wonder what you make of this. I'm old enough to remember when Bill Clinton did a pardon for which Republicans would love to see him clacked in leg irons at the end of his presidency!"

"This is why the American voters fired him," he said.

"We've established, I think pretty plainly, that presidents can openly break the law," Reid continued. "They can defy the Hatch Act. They can pretty much do whatever they want if they're willing to do it because they're all just suggestions in the Constitution. They're not laws. You've got a whole gang of bad guys here, as you just heard Charlie [Sykes] mention from Steve Bannon to Paul Manafort to Rick Gates who has been on TV -- he was on Ari Melber's show begging for a pardon openly. Michael Cohen, who ain't gonna get one because he wrote a book and told the truth about Trump. Roger Stone, who has already been commuted. I mean, the kinds of things that these people have been up to, that they've done, the ways in which they've undermined American foreign policy, and the fact that they could do all of that and walk away, that's much worse than what happened with Nixon. So, I wonder, what do we do? What's the point of having any laws at all if anybody around the president can just break them all, and then they walk away with a pardon?"

Former federal prosecutor Glenn Kirschner agreed, saying that this will ultimately be a problem that the incoming attorney general will have to face.

"Yeah, it doesn't seem right, Joy, that the Office of Legal Counsel at the Department of Justice says you cannot charge a sitting criminal president. And then if after Donald Trump and his criminal associates are out of power, if we decide to let bygones be bygones, turn the other cheek, put the long national nightmare behind us, what have we just railed against Bill Barr for doing for the past few years?" asked Kirschner. "Shielding, corruptly shielding Donald Trump and his criminal associates from accountability. If the next administration declines to go after them for the crimes they committed while Donald Trump is in office, then guess what? We are no better than the Bill Barrs of the world."