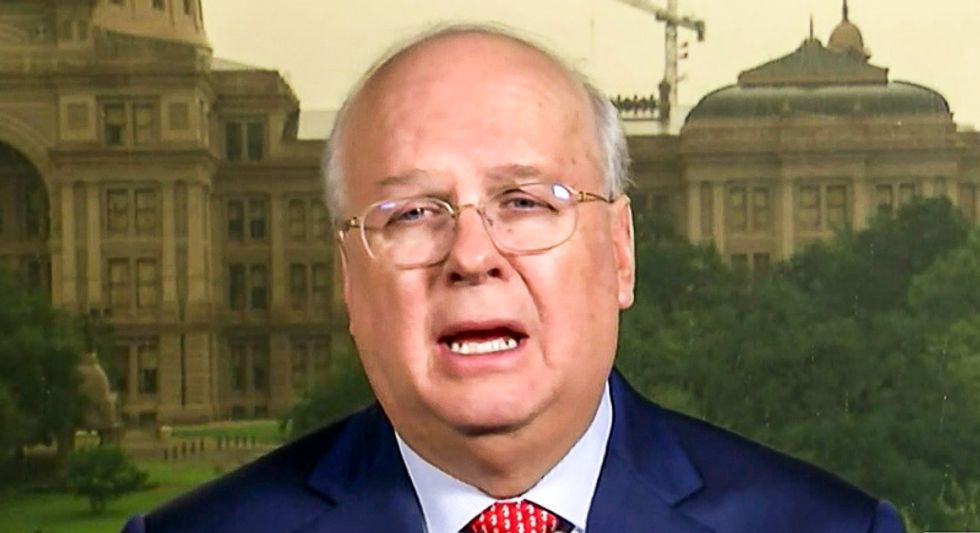 On Wednesday, writing for The Wall Street Journal, Republican mega-strategist Karl Rove laid down the truth for President Donald Trump — he cannot overturn the results of the election, and he should honor democracy and American tradition by handing the reins of power to President-elect Joe Biden.

"Mr. Trump is now pursuing legal challenges in Pennsylvania, Wisconsin, Michigan, Arizona and Nevada, and there will be an automatic recount in Georgia, given Mr. Biden’s 0.29-point lead there," wrote Rove. "Senate Majority Leader Mitch McConnell is correct that Mr. Trump is “100% within his rights” to go to court over concerns about fraud and transparency. But the president’s efforts are unlikely to move a single state from Mr. Biden’s column, and certainly they’re not enough to change the final outcome."

Given that Trump faces an insurmountable defeat, Rove continued, he should work to heal the country and accept the transition of power.

"TV networks showed jubilant crowds in major cities celebrating Mr. Biden’s victory; they didn’t show the nearly equal number of people who mourned Mr. Trump’s defeat," wrote Rove. "U.S. politics remains polarized and venomous. Closing out this election will be a hard but necessary step toward restoring some unity and political equilibrium. Once his days in court are over, the president should do his part to unite the country by leading a peaceful transition and letting grievances go."