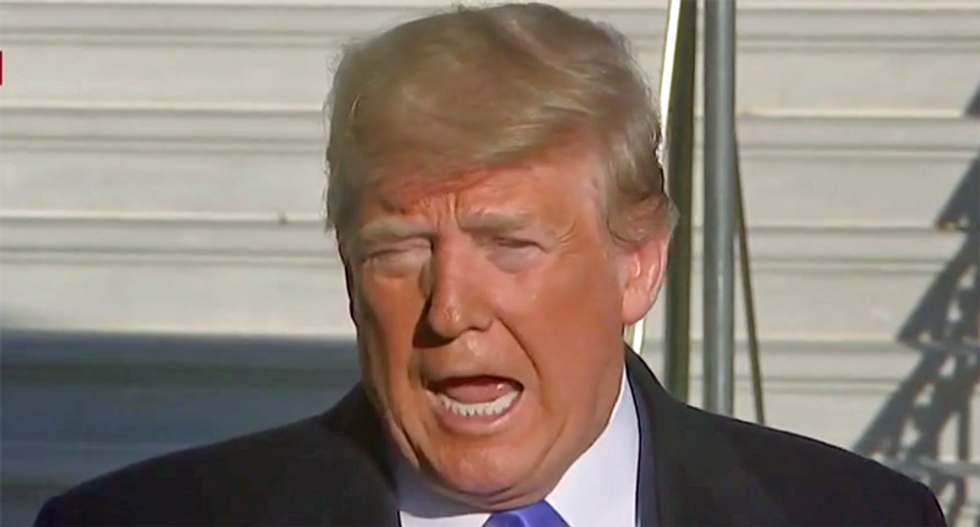 Joshua A. Geltzer, a former legal adviser for the National Security Council, on Wednesday noted that President Donald Trump has yet to make a solid legal argument as to why election results he disagrees with should be overturned.

In a statement early Wednesday morning, Trump attempted to falsely claim victory and insisted that he would take his case to the courts.

But Geltzer observed that Trump's rage and his attack on Democratic institutions would not be enough to sway judges.

"But going to court requires making actual legal arguments," Geltzer wrote. And, for all of the complex election-related legal questions that might still arise as the votes are counted, none of the claims Trump made on Wednesday morning qualifies as a legal argument, let alone a winning one.

According to Geltzer, Trump's "most outrageous" gambit was to a threat to sue if all voting did not stop.

"All voting has stopped. That’s the whole reason the country is beginning to see election results, because the end of Election Day marked the end of voting, and election administrators around the country began reporting results," the legal expert noted. "For Trump to suggest otherwise is dangerous — it gives his supporters reason to believe Trump’s long-standing, escalating claims that any election loss represents something being “stolen” from him. But it’s nothing his lawyers can take to court. It’s not even close to something they can sue over."

Geltzer concluded by speculating that election challenges could eventually reach the Supreme Court.

"And it’s conceivable that actual legal arguments will be made by the Trump campaign or by other Republicans. But we didn’t hear any from Trump on Wednesday morning — not by a long shot," he said.

2020 Election Media SmartNews
Please contact support@rawstory.com for customer support or to update your subscription. Report typos and corrections to: corrections@rawstory.com.