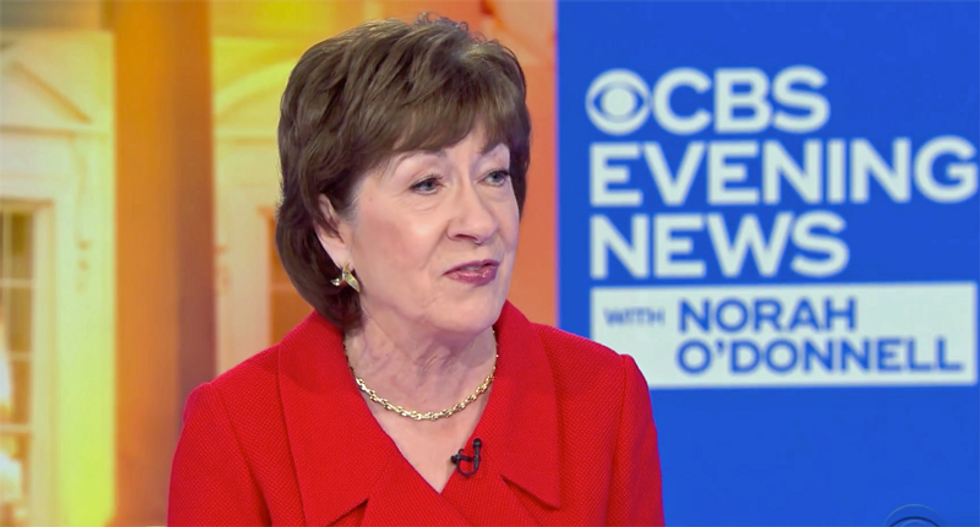 On Monday, WMTW reported that a Maine woman has been arrested by the FBI for making death threats against Sen. Susan Collins (R-ME) — although she insisted to authorities that Collins threatened her first and she was just trying to defend herself.

"According to court documents, the FBI said Katrina Preble was arrested after she left multiple voicemails at Collins' offices in Bangor and Washington on Nov. 6 and 11," said the report. "The FBI said that among the threats Preble made were to shoot Collins in the face and to decapitate her."

"Court documents said an FBI agent and a Bangor police officer visited Preble on Nov. 6," said the report. "They said she was hostile and uncooperative, but she was not arrested that day. According to the documents, Preble told investigators that Collins had threatened her, and she had a right to defend herself."

The death threats are being charged as a federal interstate crime because Collins' voicemail server is in another state.

Collins, a longtime conservative senator who has occasionally broken with outgoing President Donald Trump but drew ire from Democratic groups for siding with him on several key partisan issues, was re-elected in November after the closest and most difficult Senate race of her career, although she ultimately overperformed her polling averages.