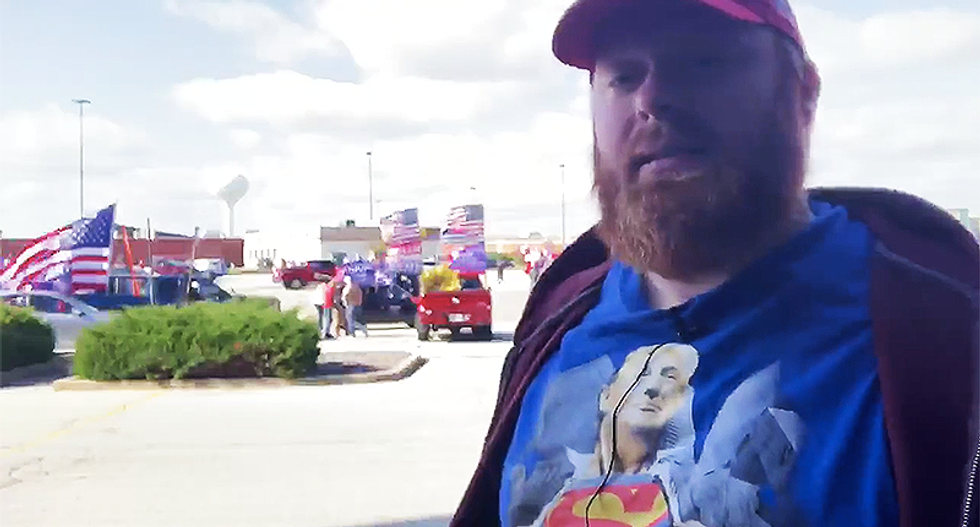 UPDATE: Raw Story was informed that the man who claimed to be the organizer was actually a comedian with a "Borat-style" video "reports" and interviews without disclaimers.

A comedian claimed that he was the "Trump supporter" who organized the Indianapolis Trump Train this weekend explained that his effort was really an effort to make people "late" to the polls or inconvenience them.

"Basically, our message is simple, we support the president, we support law enforcement, we believe in God, and we think the best way to show our support is to create traffic," he explained. "If we can make somebody late for something, then we've shown our support."

He went on to say that his favorite movie was "Mad Max," a film where society is thrust into war after oil is depleted, leading to financial chaos and famine. Max (Mel Gibson) attempts to restrain a mad biker gang. It's unclear which the Trump Train is in this metaphor, the Main Force Patrol or the biker gang.